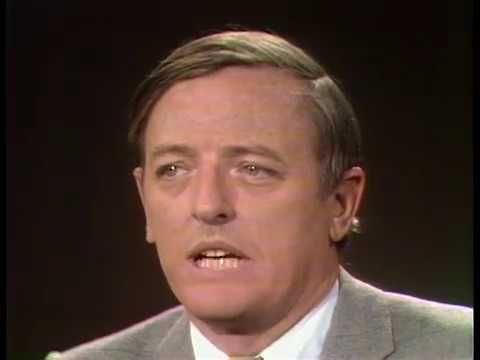 “WFB had sharply criticized Mr. Wallace in print, both for his once-adamant attachment to segregation and for his New Deal statism, and Mr. Wallace came on Firing Line determined not to give an inch. GW: “Name one thing in Alabama that I have supported on the governmental level that you are against.” WFB: “You want the state to take care of hospitalization, you want the state to take care of old people, you want the state to take care of the poor.” GW: “Are you against caring for the poor and the old? … I might say that no conservative in this country who comes out against looking after destitute elderly people ought to be elected to anything.” WFB: “You call yourself a populist, right?” GW: “If you mean by a populist a man of the people, yes, I’m a populist. Let’s get back to the old-age pension. Let’s see, you’re against Alabama’s looking after the elderly destitute citizens of the state?” (The following month, Mr. Wallace would declare his third-party candidacy for President.)”

From the Hoover Institution

George Wallace wasn’t a Conservative. He was a Progressive Federalist (no, that’s not an Oxymoron) who wanted the Federal Government out of state domestic affairs, even as it related to the civil rights issues and believed that the states had the constitutional right to segregate people by race. And you see Mr. Buckley critiquing Governor Wallace for being both a Progressive Democrat and a Neo-Confederate during this show.