There are a lot of things that I respect about Sam Wyche and a lot of things that I like about him. But there some faults and weakness’ in his career that I do not respect and have been looking for an opportunity to blog and write about Sam Wyche. And what I call the Wyche Bengals and not just the 1988 Bengals and basically his entire tenure in Cincinnati. Because there is a brilliant side of Sam Wyche, a guy with a brilliant both football and real world mind as far as some very intelligent when it came to football.

Sam Whyce a man who understood both offensive and defensive football about as well as any head coach from his era. And yet I consider Sam Wyche to be a rich or poor man’s Norv Turner. A higher football IQ than Norv, but someone who produced similar results as a head football coach. Someone who seems to have a very good football team at least on paper each year, yet struggles just to make the playoffs every year for the most part. The 1988 Cincinnati Bengals perfectly sums up the Sam Wyche tenure in Cincinnati.

Because here’s a franchise in the Bengals that arguably had the most talent in the AFC Central in the mid and late 1980s. And perhaps as late as 1990 and 91 when Sam was still the head coach in Cincinnati. And yet The Bengals do not even make the AFC Playoffs until year five of Sam’s tenure in Cincinnati in 1988. Let alone win a divisional title, yet he had the best team in the AFC Central in 1984 and 85 for sure. Perhaps not in 86, the 86 Cleveland Browns were very good and another example of a team that was a underachiever.

But the 86 Bengals that went 10-6 had a better team than the Denver Broncos that won the AFC that year. And would’ve at least been a wildcard team that year. And 1987 a strike season, but a team that went 4-11, but had great opportunities to win at least 4-5 more games and make the AFC Playoffs and they didn’t do that. The 1988 Bengals a team that went 12-4 and by most accounts had a great season. Yet they had opportunities to win Super Bowl 23 in the fourth-quarter and put this game away against the. San Francisco 49ers.

And the Bengals didn’t do that, like dropping an interception in the end zone and settling for field goals despite having the best offense in the NFL that year. The Bengals in Super Bowl 23 looked like the Bengals of 1987 a team that simply didn’t finish. And why they are part of a show that’s called The Missing Rings instead of on a show that’s about one of the best NFL teams of all-time and one of the best ever. A lot of NFL head coaches don’t succeed because they don’t have enough talent. Sam Wyche didn’t succeed, because he didn’t do enough with the talent that he had. 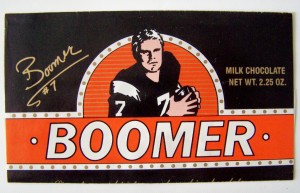