“Anarchy U.S.A. This anti-communism film, produced in 1966 by the John Birch Society, uses narration and news footage to detail the methods of communist revolutionaries in China, Algeria, and Cuba, then argues that U.S. Civil Rights leaders are also Communists using the same methods. The film condemns several U.S. Presidents and the 1964 Civil Rights and 1965 Voting Rights Acts.

It contains language and graphic scenes of violence and death that may be disturbing to some viewers.”

“Purports to demonstrate how Communists are behind the civil rights movement, hearkening back to Algeria, Cuba, and China.” 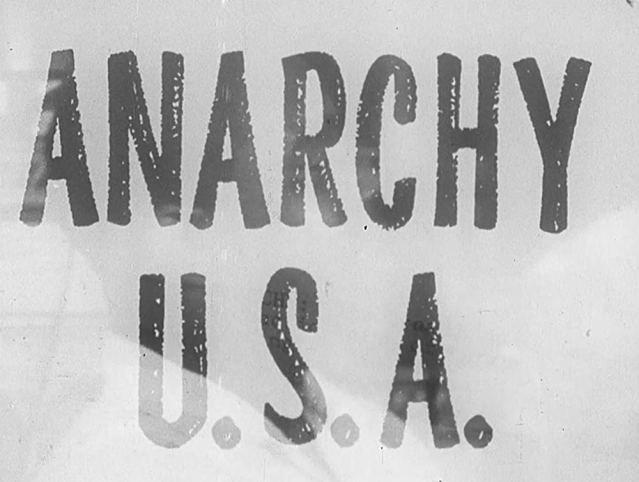 This photo is from the 1966 John Birch Society film Anarchy U.S.A. with this African-American man being in the video that this photo is from. But that video is not currently available online right now. 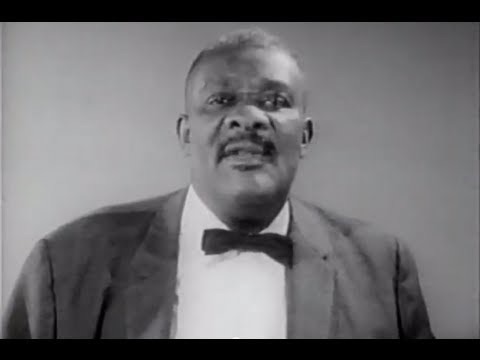 Of course there were demonstrations and rioting in America in the 1960s. But that is only part of the story. Why were civil rights marchers marching and why were African-Americans rioting in their ghettos? To get fresh air, no. Maybe some exercise, no. I know, they were bored with nothing else to do. But that would be wrong again.

African-Americans were marching for freedom and to be noticed in the 1960s. This whole right-wing propagandist notion that America was the mountain of freedom up to this point and then it became some anarchist state during the 1960s during the Johnson Administration. Mountain of freedom for who? For some, sure! But if your complexion happened to be black, or brown, or even olive you mostly likely were not a free person in America during this time.

If your complexion was black and brown or olive and you had African hair and other physical features, you might not have been able to even vote back then. Unless you could afford to pay the high poll tax. You could lose your job, or be denied a job simply because of your color and race.

Liberal democracy is not easy and when you write a Constitution that says all men are created equal with all the same rights as everyone else, but then you say: “You know what, we really don’t mean that. What our Founding Fathers meant to say what that all of that freedom and constitutional rights were only intended for Anglo-Saxon men whose ancestors come from Britain.” When you do something like that and simply deny people their rights that they are guaranteed under the U.S. Constitution simply based on their race, there’s going to be a backlash against that.

What we saw in the 1960s, were African-Americans and others stand up and demand their rights. The same rights that Anglo-Saxons and other European-Americans are due under the U.S. Constitution. They they were tired of being denied things simply because of their complexion and race. They were tired of being given peanuts and living in projects, while the establishment got the rest of the loaf and pie to themselves and lived in beautiful homes in the suburbs living in a paradise that they created for themselves with help from people who live in the projects. Because they were only getting peanuts for the work that they put in.

The civil rights movement wasn’t about destroying America, or freedom. But expanding those things to more Americans who never had it and were denied freedom in America and even the ability to get themselves an education so they could have the exact same freedom as Americans who already had freedom for themselves.