If there is one war in that America needs to end it’s the “War on Drugs”. The War on Drugs is almost completely fought from the law enforcement side.  Dealers and users are  both basically seen as criminals who deserve to be locked up.  Narcotics dealers and importers are clearly criminals who deserve to be locked up in maximum security prisons serving long sentences because they make their money selling dope to addicts who use it and, in a lot cases, destroy they’re lives or die as a result.  But, a lot of times, their “customers” are not criminals and shouldn’t be treated as such.  Narcotics customers are addicts and should be treated as patients.

While I’m for putting narcotics dealers away in prison, I am for sending narcotics users to drug treatment centers.  They could be released when their doctors and judges determine that they’re rehabilitated and don’t need or want narcotics anymore. They would get treatment, counseling and work while they’re at these centers.  They wouldn’t be free people who could leave at anytime.  Narcotics addicts sentenced to the treatment centers could be required to pay for their time there.  There could be vouchers or some other arrangement for those who could not afford the treatment.

Now, under the War on Drugs, when drug users are caught and convicted of possession of drugs with intent to use, they are sent to prison.  They serve their sentences and get out still addicted to narcotics.  They may even have used narcotics in prison and picked up a few  more criminal skills.  They go back to the street as narcotics users.  If, instead, we collapsed the narcotics market by getting the customers off of them, dealers would have fewer customers and make less money. After release from the drug treatment center rehabilitated users could be required to provide up to a year of community service. They could be spokesmen for the rehab program telling their community about the dangers of narcotics use and their experiences with it.

This makes financial sense.  One reason the U.S. prison system is over crowded is because a lot of its Inmates  are users who are there for narcotics related crimes.   This program could save a lot of valuable prison space for violent felons who deserve to be there. 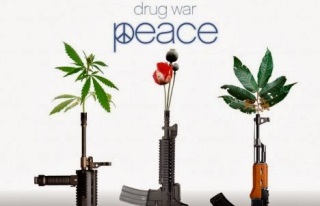 Blogger on everything that interests me and that I'm knowledgeable about.
View all posts by Derik Schneider →
This entry was posted in Reason and tagged American Drug War, Drug Prohibition, Illegal Narcotics, Law Enforcement Against The War on Drugs, Neill Franklin, Ted Balaker, War on Drugs. Bookmark the permalink.