The Daily Signal: Kay C. James- ‘Why Conservatives Should Be Leading the Civil Rights Movement’ 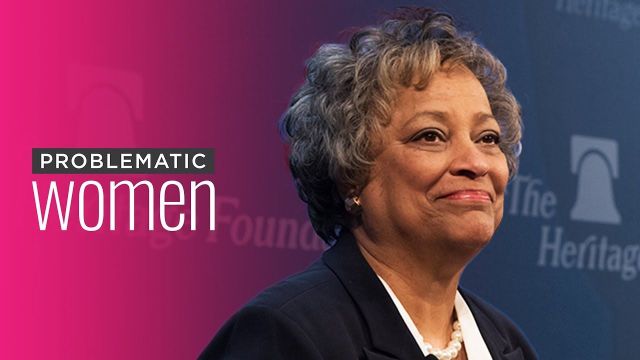 James joins the “Problematic Women” podcast to explain that the answers to many of the issues plaguing the African American community, such as poverty, lack of access to good health care, and poor education systems, are issues conservatives have the viable solutions for.

Listen to the full podcast and read the transcript here:The Daily Signal.”

From The Daily Signal

I guess the way for me to talk about this is to separate Conservatives (the real Conservatives) from not just the Nationalists, but the hardcore, Neo-Confederate ethmo and racist Nationalists in this country who not just believe their country is under attack by people who are from another race, ethnicity, or religion, but see those people as invaders and traitors and have no issues with using violence against people who don’t look like them and don’t share their religious and cultural values.

The Ku Klux Klan and other Alt-Right groups in America, aren’t Conservatives and aren’t part of the conservative movement. Most of the Alt-Right in America is anti-conservative as far as what they stand for and don’t even believe in the U.S. Constitution, at least in the sense that Constitution applies to all Americans, not just the first Europeans in America and believe that America should just be for the first Europeans in America. Especially Anglo-Saxon-Protestant males whose families came from Britain.

So if you’re a Conservative Republican today (a real Conservative Republican, not a Nationalist or Donald Trump ass-kisser) then you shouldn’t be playing second to anyone, especially Democrats when it comes to civil rights in America, because you believe in the values of quality opportunity, equal justice, equal rights, every American is equal under law and entitled to the same constitutional rights and responsibilities.