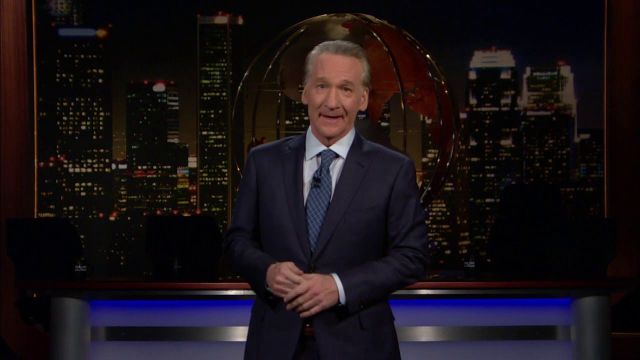 Source:Real Time With Bill Maher– On last week in politics and government

“Bill recaps the top stories of the week, including racist rhetoric from President Trump and the second round of Democratic debates.”

I don’t get the title of Bill Maher’s piece since is has basically nothing to do with government really other than the current administration. So I guess I’ll just focus on the monologue itself.

How about go back to your own country: President Donald Trump, is the son of first generation German immigrants on his father side and his mother is literally from Scotland. Which the last time I checked is still part of the United Kingdom, not the United States. So that alone should get you thinking about why would a 1st generation American be telling other Americans where 3-4 of them are born in America, to go back home. Hey Don, why don’t you back home to Scotland or Germany, assuming those countries will take you back, or haven’t deported you! Which is my answer to go back home.

The budget deal: this was covered here by this blog the last two weeks, but how about the death of fiscal conservatism, which sounds like a title of the book. Maybe the GOP should stand for Grand Old People, who borrow and spend way too much of other people’s money. Because now the Republican Party is short of constitutional conservatives, fiscal conservatives and Christian-Conservatives, who’ve actually even read The Ten Commandments, let alone actually understand them.

As far as the debates from last week: I have a pice of advice for Democrats who are looking to break through, but haven’t already: if you don’t have a positive message that connects with Democratic voters, don’t try to make a name for yourself by attacking the other Democrats. Don’t be the blocker in the auto race who knows he can’t win the race, but happens to be on the same team with the guy who can win the race and what you do instead is try to block the competition from winning.

The more Democrats attack other Democrats in the primary election, the easier the eventual nominee will be to beat by the Republican National Committee and the Trump Campaign. They’ll say: “see, his Democratic opponents had real issues with him as a candidate.” Or it could be a hers, who knows. So if you’re not getting through by now because Democrats don’t know you or like you, ( or both ) find a positive message that actually connects, or do the party and country a favor and get the hell out. Leaving Democrats with only 10-12 choices for President, instead of 20.

Hire the best people: almost every time I hear Donald Trump speak about anything, the more convinced I am that English is not his first language. ( Perhaps its German or Gaelic ) He seems to have his own personal definition every time he speaks. According to The Donald, hiring the best people which was just one of his many promises as President, means hiring the people who are most loyal to him, who do the best on TV, know the least, have the fewest qualifications, don’t even have the balls to question power, let alone actually do that. His latest pick for Director of National Intelligence, which is not exactly the chief janitor position at the CIA, is the perfect example of that.