Posted on September 25, 2018 by Derik Schneider 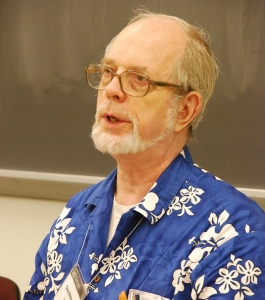 People talk about Democratic Socialist Senator Bernie Sanders, ( still but not for long the only self-described Socialist member of Congress ) as far as where his politics come from and the people and movements that he looked up and how he got his Socialist politics. A lot of that can be from his upbringing being born in 1940s New York City to a Jewish immigrant family where socialism is very popular with Jewish New Yorkers especially, but with New Yorkers in general. Or coming of age in the 1960s and going to college in the early and mid 1960s when a lot of young people especially in the early days of the hippie movement were open to socialism and perhaps becoming a Socialist them self.

The New-Left ( Socialists and Communists ) emerges in the late 1960s with a lot of Baby Boomers who were coming of age getting involved with that new movement and why it was called the New-Left, because pre-1965 or so to be on the Left in America meant you supported things like the New Deal, Great Society, the civil rights movement, free speech and personal freedom, but were somewhat hawkish on foreign policy and national security and not just anti-Communist, but anti-authoritarian in general. Which is what it meant to be a Progressive and Liberal back then and still does, at least factually.

Which changed in the late 1960s with millions of young Americans now open and even supporting of socialism, but even communism as well. And as a result the Democratic Party moves to the Far-Left in 1968 and through 1972 and they get their nominee for President in Senator George McGovern, who was the Democratic Socialist of his time, the Bernie Sanders of the 1960s and 70s.

But if I had to point to one man even though I don’t personally know Senator Sanders myself, I would point to David McReynolds, who was a Democratic Socialist activist from the 1950s when he was in college really till his death this year. Someone who believed in both democracy including a free press, free speech, freedom of religion, civil liberties, and personal freedom.

But to go along with a democratic socialist economic system where the Federal Government would literally be in charge of distributing the financial resources of the country to the people based on what everyone needs to live well. A national welfare state designed to make sure that everyone’s economic needs are met so we don’t have a wealthy people and a lot of poor people or any poor people. That’s what a socialist welfare state is designed to do for the country.

Not saying that David McReynolds and Bernie Sanders are ideological twin brothers. Senator Sanders, is not a pacifist and has voted for and supported he use of force in Congress multiple times both in the House and Senate and even though Senator Sanders is somewhat isolationist and dovish when it comes to foreign policy and national security, he’s certainly not a pacifist. But economically and as it relates to social issues and personal freedom, you can easily argue that David McReynolds and Bernie Sanders have a lot in common politically.