The Economist: Lane Green- Why Do We Swear? 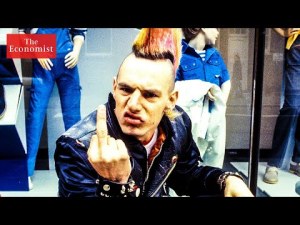 Source: The Economist– don’t piss this guy off!

Warning: this piece could offend a lot of people who are very religious and have a PG-13 mentality.

Before I explain why I believe we (meaning Americans, as if there is anyone else ) swear, first we should know what swearing is and what it isn’t.

There is swearing and there is swearing. Which I know sounds like a great impression of Captain Obvious, but it makes my greater point. There is moderate swearing like damn or hell. And there is stronger swearing that will still get you bleeped even on network TV today. Like what the fuck, holy shit, mother fucker, fucking, etc, words and phrases that if you don’t use when you’re on HBO or Showtime or whatever the current action/thriller movie is today, you’ll sound like you just flew in from Planet Zolkon or someplace and sound alien to the people who normally live on Earth. You can’t watch an HBO, Showtime, or Cinemax show or movie today, without not just hearing those hardcore swear words, but hearing probably a hundred times in any given hour.

But what the hell is common on network TV not just today, but going back to the early and mid 1970s with shows like All in The Family, Maude, M*A*S*H, and others, but now we’ll here hell in the nightly newscasts and all over cable news. Like, “they’re going to have a helluva time putting that back together. Or, “what the hell was he thinking?” Which seems to be a common question today when talking about someone involved in the Trump Administration. ( Ha, ha )

But damn you might sound like moderate cussing, especially with today’s reality TV/HBO/Showtime/Cinemax, etc audience, but when you’re damming someone, you’re condemning them to hell. Damn you is not a complement. “Damn you Tom! You’re doing a great job” That might sound like a complement, but it’s not. Now, “damn you Tom! You’re an hour late. Where the hell have you been?” That is more inline with how damn you is used which is to express anger at someone because they pissed you off. Pissed off again with today’s reality TV slash cable TV Millennial audience, might sound like moderate swearing, but it isn’t.

Now, why as a country does America swear so much? And again I’m not talking about moderate swearing, but the favorite swear words of cable TV and reality TV? I believe it has to do with America’s obsession with sounding cool, as if the people we are as ourselves is not cool enough. The more pissed off we sound as people in America, the cooler we come off. Cool in the traditional sense as someone who is level-headed and takes things as they come, we’ve been here before, no big deal, like Joe Montana quarterbacking the San Francisco 49ers when the game is not online, someone with a personality like that would look really cool 25 years ago even.

But now with this obsession with being part of whatever the latest trend in awesome or whatever is and becoming famous celebrities in our own right and people feeling the need to be cool and famous so badly, anger sells now and sells a lot. If you’re caught on camera or video getting into a fight at a nightclub looking real pissed off and cussing your ass off, that video of you could go viral and you could become famous just based on that with someone later contracting you and wanting to get to know you and probably have some entertainment business opportunity for you.

But if you’re just at that club having a good time and perhaps you just have one girlfriend and to go back to Joe Montana with that Joe Cool personality, you’ll just be another guy at that club. You want to be famous, show up to that same club with multiple girlfriends and that will improve your image with the people that you want to see you as cool.

The Economist: Lane Green- Why Do We Swear?