Brookings Institution: Fix-Gov- Vanessa Williamson: Back Without Popular Demand- Tax Cuts For The Wealthy & Tax Hikes For The Middle Class 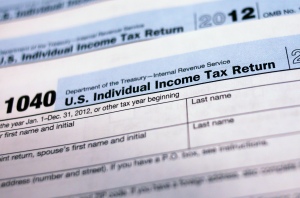 If you’re going to talk about tax reform especially if you’re saying you’re proposing it which is what President Donald Trump and Congressional Republicans are saying that they’re doing, you should at the very least know what tax reform is. When you’re talking about tax reform you’re at least implying that there’s something that is currently wrong with the current system. Otherwise why would you want to reform it? Why fix what ain’t broken, to use a cliche.

What the Congressional GOP Leadership led by House Speaker Paul Ryan and Senate Leader Mitch McConnell, as well as President Trump are proposing, are tax cuts primarily if not exclusively for high-earners and business’s. While lower-end middle class tax payers would actually get a tax increase. If you’re lets say a teacher making 40 thousand-dollars a year, you’re paying the 10 percent tax rate right now. Under the Trump-Ryan-McConnell plan you would pay 12 percent instead. So instead of paying 4,000 dollars a year to Uncle Sam in Federal income taxes (before deductions) plus 2,400 dollars in payroll taxes where there are no deductions, under Trump-Ryan-McConnell, you pay an additional 800 dollars in Federal income taxes and still have to pay that 2,400 in payroll taxes.

Call me crazy and maybe this just sounds like commonsense here, but I’m thinking if you were going to cut taxes that it might be a smart thing to do to cut taxes for people who could actually use the extra money in their pay checks who would then spend that money to help them pay their bills better and enjoy life more. Instead of cutting taxes for people who already have more than enough money to live out the rest of their lives comfortably and don’t need an extra million-dollars in tax relief. But that is just me speaking off-the-cuff here.

What the Trump-Ryan-McConnell plan says to middle class taxpayers is essentially this. “Those hard-working middle class fools who’ve never made enough money to join our country clubs. Who have to worry about paying mortgages, who only own one home and perhaps not even a luxury car, let alone have their own driver. Who probably bowl during the week and drink beer and eat chicken wings. Can you believe these people voted for billionaire Donald Trump to be President? I know what we’ll do, we’ll raise their taxes so we can cut our own taxes and the people who keep us in office. They’ll never know anyway, at least until they start filling out their income taxes next spring. And when they see less money in their paychecks, we’ll just blame the Democrats. Those greedy working class Americans who struggle just to pay their bills and current tax bills, pay too little in taxes anyway. The only reason why the rich pay any taxes at all is because of our low rates on middle class workers. Why should the rich have to pay taxes when they’re already so successful?”

I don’t see this plan passing at all even if Congressional Republican are somehow able to pass a Federal budget and be able to pass a tax plan with just 50 Senators and Vice President Mike Pence voting in favor of it. Again because you have a middle class tax increase in it with all 48 Democrats including Socialist Senator Bernie Sanders voting against it and probably 5-10 Senate Republicans. Especially if they’re up for reelection next year, or not running for office again, or are true to their conservative economic principles of never being in favor of tax increases. Senator’s like Rand Paul, John McCain, Bob Corker, Jeff Flake, Mike Lee, Ted Cruz, plus the so-called moderates like Susan Collins, Lisa Murkowski, name a few. And they would have to pass this plan in the House as well with 190 plus House Democrats all voting against and perhaps 25-30 House Republicans or more, who are all up for reelection next year voting against the plan as well.

If you want to talk about tax cuts and tax reform as well even if the GOP plan fails, Congressional Democrats would be smart both in the House and Senate to have their alternative led by House Minority Leader Nancy Pelosi and Senate Minority Leader Chuck Schumer. That instead of raising the bottom 10 percent tax rate, you cut it to 7 or even 5 percent. The 15 percent tax rate take that down to 12 or 10. That would be a huge middle class tax cut that would benefit most of the country who tend to pay those first two rates in the tax code. And we would see a new demand in consumer spending as well.

And Democrats would have another issue next year to go along with ObamaCare repeal. Which is to say Democrats are the party of middle class tax cuts. The Republican Party is the party of middle class tax increases and believe that the rich shouldn’t have to pay any taxes at all and the middle class are undertaxed. But then Congressional Democrats should also offer their hands to Congressional Republicans and President Trump on real tax reform. That says our business tax rates are too high, so lets cut them. But do it in a smart and fiscally responsible manner. And say you want lower business taxes, get rid of corporate welfare in exchange.

Democrats could say that everyone and every business that invests in America will pay a low tax rate, but get no subsidy to go along with their lower taxes. Democrats could say we don’t think businesses should be overtaxed in America, but we’re also against corporate welfare and pro-middle class.