CEPR: Opinion- Dean Baker: ‘Can We Pay For Single Payer?’

Posted on October 3, 2017 by Derik Schneider 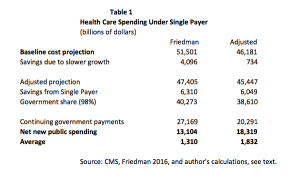 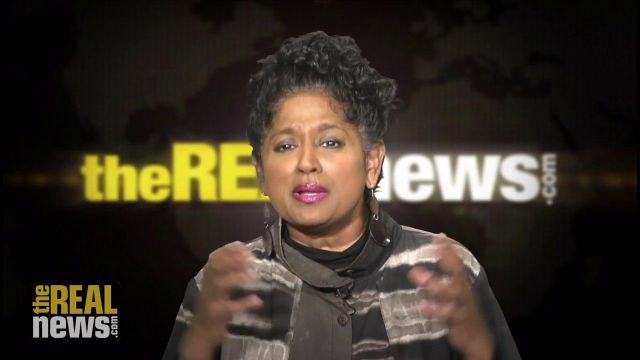 “Originally Published on TRNN on Oct 27, 2016
Dean Baker of CEPR says if people could buy into a public option, it could seriously mitigate the price hikes

The private health insurance system is about two-trillion-dollars in an economy of about twenty-trillion-dollars. Trying to transfer about two-trillion from the private economy into the Federal Government and then having the Feds responsible for all that money to provide three-hundred and twenty-million people in a country of fifty states overnight, is not realistic. This is simply a case of Senator Sanders overselling which is common with politicians and not preparing his supporters for the possible and what is actually realistic. Which is common with Socialists and idealists.

So what could we do instead of Medicare For All and offer an alternative to complete government-control of our health insurance and leaving 320 million Americans with absolutely no choice and control over their own health insurance and perhaps even health care, as well as an alternative to the current system, as well as doing something real and constructive about reforming the current Medicare system and bring those costs down and make it more affordable for the future?

One thing I agree with Dean Baker on is the public option which I’ve been in favor of since the 2009-10 health care reform debate. But I would do it differently than Mr. Baker and many others. Actually, my plan is not that different from what Senator Sanders and Representative Jim McDermott Democrat from Washington State offered in Congress in 2011-12. Except that the Sanders-McDermott plan was a Medicare For All but run by the states instead of the Feds trying to run the whole program for everyone in the country.

I like both the public option approach to health care reform, as well as using a federalist approach to it. Allow the states to set up their own Medicare systems where every American citizen at least in their state would be eligible for it, but would have to pay into it just like they would pay for their private health insurance. Americans would no longer have to wait until their 65-67 years old to collect from a health insurance system that they’ve been paying into since they’ve been working and for most Americans now most of us start working in our teens. Which means we could literally be paying into a Medicare system for over fifty years before we get any benefits at all from those payroll taxes.

Making Americans eligible for Medicare from cradle to grave would mean we would no longer even need payroll taxes to fun Medicare at least down the road when the current beneficiaries who are all senior citizens have passed on. Which would end up being a huge tax cut for millions of middle class Americans especially lower middle class Americans who are paying 10% in Federal income taxes, as well as 6% in Federal payroll taxes. And they could use those savings to pay for their health insurance with Medicare being one of those options and choices for them.

A Medicare public option would go along way in reforming the Medicare system buy bringing its costs down and making it more affordable for when the Baby Boom Generation is fully retired and when my Generation X starts retiring during the next decade. Because instead of just having Medicare eligible for our oldest and weakest population which are our senior citizens, it would be eligible for our youngest and strongest populations. Minors and young adults who don’t need health care or health insurance as much, but would have it there for them when they actually do need it.

You would accomplish to huge things with a Medicare public option. One, you would be reforming the Medicare system and making sure it will be available for Americans for generations to come, because we would no longer be relying on current workers to pay for the health insurance of current retirees. But you would be giving the current health insurance system much needed competition for all fifty states. Without having to expand the Federal bureaucracy or the Federal budget to pay for it and to manage it. Reforming Medicare like this would also be a big step in addressing our national debt and budget deficit, because Medicare would be on a solid financial footing and we would no longer be in a debate about how much we should cut benefits or raise taxes to fund Medicare in the future.

We don’t need to raise taxes or raise eligibility to reform Medicare or to reform our private health insurance system so more Americans can get affordable quality health care. Actually, the opposites are true. We should be reducing eligibility and lowering taxes which would be a big boost to our health insurance as well as health care system. But also our economy by bringing the costs of health care down, but also eliminating the payroll tax that funds the current Medicare system. Which is a regressive tax that hits about 70-80% of our workforce hard, including low-income workers with a big tax payroll tax that comes out of their paychecks every week. Just by making Medicare eligible for everyone and allowing them to pay into the system and use it as their health insurer.