The Daily Review: What Happened To Jayne Mansfield?

Posted on September 4, 2017 by Erik Schneider 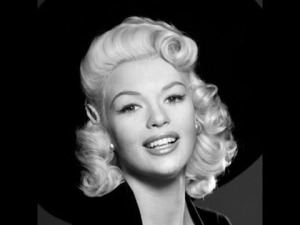 Source:The Daily Review– Jayne Mansfield, could pass as a little girl, even in her 30s.

What happened to Jayne Mansfield? Well as far as her death, she died in a car accident in June, 1967. She was a passenger and not driving and was headed to New Orleans from Biloxi, Mississippi just after midnight because Jayne had an interview that next day on a local New Orleans news show. They probably should have waited until the next morning to leave because as we know now the driver of the car was working and driving literally on no sleep.

And to make things worst they were trying to make an 87 mile trip in about an hour or so and were in a real rush. So you got a tired driver driving past midnight and in a hurry to get from Biloxi to Mississippi and you also had a lot of traffic on the road as well and two men who died in the accident in front of Jayne’s car who were real impatient.

But I believe the better question as far as what really happened to Jayne Mansfield is not so much about how she died in the end. But why was she performing in nightclubs in Biloxi, Mississippi in 1967 when she was still only 34 years old. Instead of New York or Los Angeles making movies, or doing TV shows, performing comedy, perhaps putting her own music album together. Because she had real talent to do all these things as a versatile entertainer, but wasn’t doing them by 1967.

One thing that I agree with the narrator in this video is that Jayne Mansfield wasn’t a dumb blonde. The woman had a college degree and came from a successful family in Pennsylvania and later Texas. The daughter of a layer and teacher. She could act, she had a comedic wit, and a singer’s voice. But she played the dumb sexy blonde as a career move in order to make money and bring publicity to herself.

But Jayne was no longer interested in those roles. I believe she would have made a great soap actress in the 1970s and 80s even on prime time had she lived a normal life in years, because of a great comedic timing and wit and she had real dramatic affect as well. But of course we’ll never know that. I believe Saturday Night Live in the 1970s and 80s would have been a great place for her too, but we’ll never know that either. By the early and mid 1960s Jayne’s Hollywood career was basically over.

Jayne’s Hollywood career wasn’t over because was kicked out, but because she was tired of the roles that she was getting. As the comedy relief in movies and TV appearances and wanted to go further as an actress. And was left to doing b-movies and and even some pornographic film and even films of her simply traveling around the country and going to Europe simply to stay busy as an actress. Marilyn Monroe is famous for saying that it takes a smart woman to play the dumb blonde. Jayne played the dumb blonde so well that she had too many people fooled. Which is why she’s always been known as the dumb sexy blonde and not much else even though she had so much else going for her as an entertainer and person.