Posted on September 9, 2014 by Rik Schneider 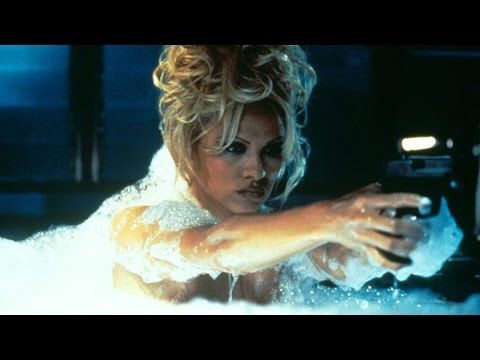 Barb Wire is not my favorite movie of all-time not even close, (no kidding) but its a very entertaining movie and pretty funny as well with a lot of good action scenes in it. With Pamela Anderson in a lot of good scenes as a very sexy rebel biker chick. This is the best I’ve ever seen Pam look, she was of course alway gorgeous and baby-face adorable with her sweet voice as always. But she showed me something that I haven’t seen from her before. A sexy body, not just from top up but a lower body as well. She looked incredible in her black leather suit, she filled out those black leather jeans very well and look great in the black leather biker boots.

I’m a guy who will watch a mediocre, even a bad movie, if it has a sexy woman in it. Or several sexy women in it and without Pam Anderson in Barb Wire and replace her with an average looking lead actress. (Juliane More) Barb Wire would be a mediocre movie, even if the lead actress does a great job. But Pam Anderson didn’t just look great in the movie, but she did a great job in it as well. As a charming woman, but someone you don’t want to mess with because she’ll kick your ass. In the late 1990s when she was in VIP, she played a character that came off as somewhat clueless and a stereotypical blonde bimbo.

But Pam Anderson in VIP her character owned and ran the protection agency. But in Barb Wire she played someone who was clearly in charge and someone who ran the show and knew exactly what was going on and could defend herself as well. Barb Wire is clearly not a great movie, but it’s a very entertaining movie with a very sexy lead actress in it. Who also does a very job in and is worth watching.