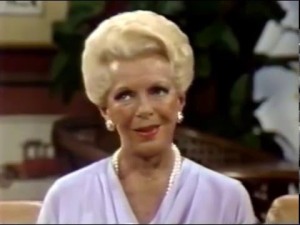 There’s a reason why America has a 50 percent divorce rate. That reason is called Hollywood and broader Los Angeles and the LA area where probably 7-8 out of 10 marriages don’t last. Entertainers in Hollywood tend to look at marriage as business opportunities. “If I marry that person, I’ll be seen with that person which will lead to other opportunities, plus it will help my image.” Especially if they have a reputation as a playboy or playgirl who goes from romance to romance and not seeming very serious about anyone that they get involved with.

The best soap operas in Hollywood don’t come from the studios, at least as far as the shows that come from there. They come from real-life in Hollywood and the personal lives that a lot of actresses and actors live. Some if not a lot or perhaps most great comedians in Hollywood, aren’t actually standup comedians. But very funny people who are supposed to be serious actors and actresses, but who live very amusing personal lives. Who live crazy lives and do crazy things. Burt Reynolds is a great example of that, but only one example. Ava Gardner with her famous outbursts and temper tantrums, would be another great example of that.

Lana Turner’s last big role in Hollywood was on the 1980s hit prime time soap opera Falcon Crest. She was perfect for soaps not just because of her ability as an actress and she’s certainly one of the best ever, but also because she lived the life of a soap star and soap personality. She was married a total of nine times and married to one man (Steve Crane) twice. She was the girlfriend of Italian mobster Johnny Stompanato who her daughter Cheryl shot and killed at their home in self-defense. That would be a pretty good episode of General Hospital right there.

Lana Turner lived the real-life of a soap opera character which is why I at least believe she was perfect for soaps like Falcon Crest and could probably could have done other shows as well. Like Dynasty or Dallas, because she had the great dramatic appeal and comedic wit and timing that you need to be a great soap actress. But also because she lived the life of a great soap character. Lana Turner sort of lived the life of Jayne Mansfield, but lived well into seventies and manage to get her wildness and drinking under control to allow for her to live a long life. And Hollywood and the public are in debt to her for that.