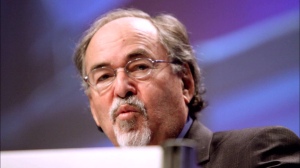 I’m going to write a satire about David Horowitz in the future and part of that will be in this piece. But he’s a true garbage man, at least when it comes to public speaking. And actually, I’m being pretty nice when I call Horowitz a garbage man. But, I want this blog to be as respectful as possible, while still being factual. But, there so much in there that he said that is simply not true. That if I concentrated just on that, I wouldn’t have the time to talk about what I really want to talk about here. Which is the New-Left in America. But one more thing about David Horowitz, he’s one of the last people in America to call anyone hateful, or racist. There’s so much he’s said in his career, that could be thrown at him.

As far as the New-Left, the welfare establishment, for lack of a better term, I actually agree with David Horowitz and David Miller, at least to this extent. There’s a movement in the Democratic Party, at least since the New Deal, that believes that poor people and perhaps Americans in general, shouldn’t have to work. Or at least they shouldn’t have to work if they don’t want to. And they mentioned some of the issues at least with the old Welfare system. Like if single mothers have kids and they have more kids while on Welfare, they get more money. If the kids father is in the picture, or the mother has a new man in her life that could help her raise her kids, she loses money on Welfare. That if you choose to work and make money on your own while on Welfare, you could lose some of your welfare benefits.

The New-Left in America, are Socialist Collectivists. And statist in the sense that they believe the job of government is to take care of people. The old Welfare system before it was reformed in 1996, is a perfect example of that. But, the New-Left represents the Far-Left of the Democratic Party. The Green Wing, as I call them of the Democratic Party. And don’t represent mainstream leftist, or Democratic thought. David Horowitz, will never understand that, or at least admit that he understands that. But the Democratic Party, has a Far-Left, just like the Republican Party has a Far-Right. And when you have a two-party system in a country as politically diverse as America, you’re not going to have a political system where the two main parties just represent the center’s of the Left and Right. Because the fringes have to have somewhere to go as well.