I agree with Senator Mike Lee that Congress has not lived up to their responsibilities as being an equal partner in the Federal Government with the Executive. Senator Lee, should know being a member of Congress himself. And how long this has been going on, I would go back to the War on Terror with President Bush, that has just continued with President Obama and even gone further. That a lot of our laws, unofficially written even, are written by Federal agencies. And done through executive orders. And of course Congress can overrule executive orders they do not like, or see as unconstitutional. But part of Congress not doing their jobs is not overriding executive orders that they see are wrong, or unconstitutional.

One of the core values of liberalism has to do with questioning authority. Especially centralized authority and big centralized authority. Not anti-authority, but saying that a lot of authority in the hands of one person or one group of people, even on the behalf of all the people, is dangerous and anti-freedom. And the U.S. Constitution with its Separation of Powers and our Federal Republic and our Federalist system and all of our individual and constitutional rights, best and most accurately describes and represents liberalism at its core and realist form. And that is what the Founding Fathers (our Founding Liberals) laid out with the U.S. Constitution.

You could blame this President, or that President for our so-called lost Constitution if you want to. But when Congress doesn’t live up to their oversight authority, both the House and Senate, to see that they are involved in all laws and regulations that the White House and its agencies writes and to see that the executive is enforcing the laws passed by Congress and signed by the President, who is to blame here? The President? The Executive is just doing what they believe they already have the authority to do. And again if Congress doesn’t like that, they, or a group of Representatives, or Senators can stand up and take action. Hold oversight hearings, pass laws limiting the Executive, hold the Executive accountable through the appropriations process. 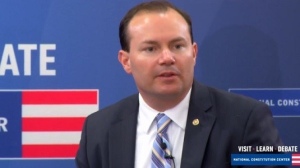