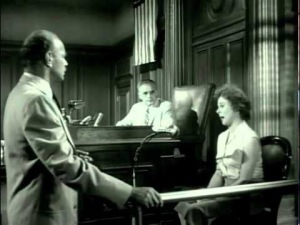 I saw this movie today in preparation for this blog. Thank you TCM! This movie is about the adult life and criminal career of Barbara Graham. And this movie gives perhaps the most positive light possible of a career criminal Barbara Graham. Who before she was convicted of murder, the most serious crime she was ever convicted as far as actually hurting another person was check forgery. Not to put down check forgery and to make it look anything other than what it is which is, a serious economic crime. That has to be treated seriously with serious consequences for offenders who commit this crime. But Graham, was an economic criminal, not a terrorist, or violent criminal. But she did hang out with people like that.

If I knew nothing about this case before I saw this very good movie with the gorgeous and adorable great actress Susan Hayward as the lead in the movie playing Barbara Graham, I would say that Graham didn’t deserve the death penalty. And if I was a judge on this case or the Governor of California back when the case was going on, I would’ve commuted her sentence to life without, or life with the possibility of parole after twenty-five years. I think there is actual doubt in whether Graham is guilty of this murder, but I haven’t seen anything that suggests that she’s innocent either. But even if I believed she was guilty, I would still give her life without or second degree murder.

Barbara Graham, was no angel. She just looked like one and was a career criminal, but a small time economic criminal at worst. Someone who wrote bad checks, prostitution, doing and perhaps using illegal narcotics. But she wasn’t again violent criminal, at least in the sense that she made a career out of physically hurting people. Even if she did commit the murder that she was convicted of. Life without parole or twenty-five to life would’ve given everyone involved the opportunity to prove one way or another where Graham was guilty or not. And again we’re talking about one murder, which is bad enough, but she wasn’t likely to murder again. At least based on her personality and past. And was someone who society could’ve worked with and even gotten something out of.