“Rich Yeselson’s essay “What New Left History Gave Us” [Issue #35] is not merely about what New Left historiography did, but what contemporary historians of the liberalism birthed by the New Deal—historians like myself—are currently doing. According to Yeselson, we are less likely to judge “the hegemonic liberalism of the post-New Deal order” as harshly as the generation of New Left historians, who viewed that liberalism as complicit in building and maintaining racial and economic inequality. Recent generations, on the other hand, have seen the havoc that the ideological right can wreak, and accordingly have developed a more sympathetic take on liberalism, while focusing most of their attention on accounting for the rise of conservatism.”

“John F. Kennedy speaks on his income tax cut that he wants to present to Congress in January next year (partial newsreel).” 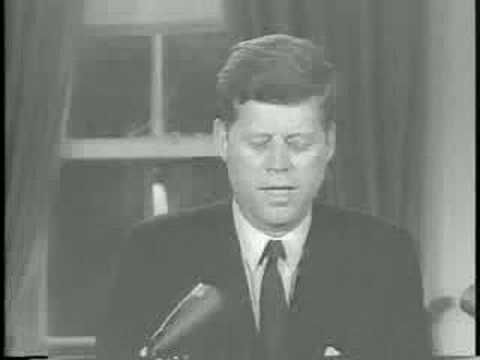 The history of American liberalism really goes back to the founding of the Federal Republic and even before that to the American Revolution. Where we broke away from a dictatorial British Monarchy in the United Kingdom to build the first ever liberal democratic federal republic. You want to know about and understand American liberalism, read the U.S. Constitution and Bill of Rights. The U.S. Constitution at least being something that today’s so-called Modern Liberals ( Socialists, really ) would throw out and replace. And perhaps not just replace at all so they can build their socialist collectivist centralized state. With a big centralized government big enough to take care of everyone.

American liberalism is about basic fundamental American liberal values of freedom, individual rights, opportunity, liberation, empowerment, education and responsibility. Liberalism is not libertarian or socialist or even social democratic, but it’s liberal. Built around again common American liberal values of opportunity and freedom. That everyone should have the opportunity to obtain freedom in life. And not have to be dependent on government or others to take care of them. And this starts with things like infrastructure and education, which leads to the opportunity that everyone needs to live in freedom in life.

The old American political stereotypes use to be that the Liberal believes in personal freedom. And the Conservative believes in economic freedom. And they would compromise to see that the state especially the federal state doesn’t become so big that it threatens either personal or economic freedom. But in the last fifteen years or so at least when it comes to Liberals, we are stereotyped as people who not only don’t believe in economic freedom and perhaps not even private enterprise, if you read a lot of the so-called liberal publications today, but that we aren’t fans of personal freedom either. And that we need a government big enough to manage our economic and personal affairs. A welfare state plus a nanny state.

The facts are that if you’re truly a Liberal, you believe in both economic and personal freedom. The ability for the individual to manage their own economic and personal affairs. With the education and knowledge to have the freedom to make those decisions for themselves. We don’t want big government interference in our economic and personal lives. We want government to come in to see that everyone can get themselves the tools that they need to live in freedom. Again infrastructure and education, plus good parenting is where freedom comes from. And then after that it is up to the individual to make the most out of the good opportunities that they get in life.

Liberals wrote the U.S. Constitution and the Bill of Rights and we created the American safety net. A public social insurance system for people in need to help them get by in the short-term while they are getting themselves on their feet and able to take care of themselves. We didn’t create superstate, a welfare state big enough to take care of everyone. Which is something that the so-called New-Left, ( Far-Left, really ) at least by American political standards wanted to create in America in the late 1960s. That Democratic Socialist presidential candidates Henry Wallace and Norman Thomas wanted to create in the 1940s and 50s.

The Liberal believes in opportunity and freedom. That the job of government is to protect everyone’s freedom until they give that up by taking an innocent person’s freedom. Protect freedom for those who already have it and deserve it. Expand freedom for those who don’t have it yet and need it. The so-called Modern Liberal, whose really a Socialist or Social Democrat at least everywhere else in the developed world, believes in equality. That everyone should be equal and not have so much or so little compared with everyone else. And that it’s the job of government especially the central government through wealth redistribution to see that everyone is equal. But that is not liberalism, but a form of democratic socialism that is much further left than American liberalism.