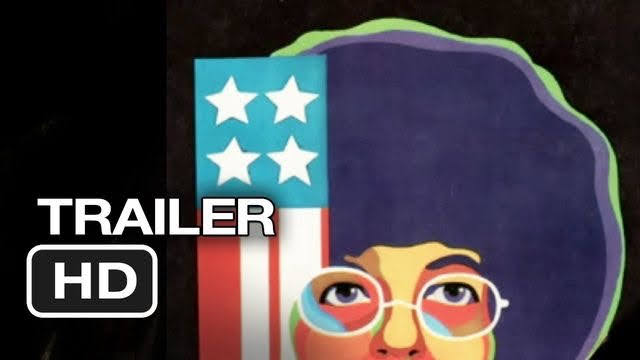 Source:Movie Clips– from the documentary Free Angela, which is about New-Left political activist Angela Davis.

“A documentary that chronicles the life of young college professor Angela Davis, and how her social activism implicates her in a botched kidnapping attempt that ends with a shootout, four dead, and her name on the FBI’s 10 most wanted list.”

Freedom of speech in America is not about the right to say things that most of the country already agrees with. Or the right to be friendly, or the right say non-controversial things that people don’t necessarily agree or disagree with, but haven’t thought much about.

But freedom of speech is exactly that: the freedom to speak freely. Even if it may intend to offend others. Which is why I’m so against political correctness in America, whether its practiced by the Far-Left or Far-Right and I will defend the Far-Left’s and Far-Right’s ability to speak freely as best as I can. Because political correctness is illiberal and Un-Liberal Democratic, because it is a form of fascism.

That is exactly what this movie, Free Angela is about: one woman’s struggle a UCLA professor in Angela Davis who got that position in her mid-twenties, not just her age, but a young African-American woman in the late 1960s early 70s getting such an important position as a great school like UCLA.

Professor Davis she was in a fight for her life to be able to speak against injustice in her community and America as a whole. And even use provocative if not extreme Far-Left rhetoric to express how she felt about America and the state of the African-American community. She didn’t and doesn’t still have the right to express her feelings about these issues because a lot of people agree with her. But simply because she’s an American with the right to free speech.

And then throw in the fact that Professor Davis was a Communist back then and even though she’s given up communism since and is a Democratic Socialist today, but back in the late 1960s and early 70s she was a Communist in the heart of the Cold War and she offended too many people. And the establishment in California decided that they can’t have a young African-American woman with that much power, that big of a platform and that big of a following loose on the streets. And came up with a bogus case to put her away in jail. Ultimately the good guys and gals won this case and Angela Davis was free in I believe 1971. But she should’ve never of had to go through that as an innocent person.

I’m not defending Professor Davis’s communist and now socialist views. Simply her constitutional right to express them, as a Liberal Democrat myself. I’m not nearly that far to the Left as a center-right Liberal and not a Socialist, but we do agree on the prison industrial complex. Which simply needs to be destroyed and replaced with a responsible and sensible criminal justice policy in this country. If we want to remain a liberal free society.

But again Socialists on the Far-Left have as much right to express themselves in America, as Christian-Theocrats and Nationalists on the Far-Right. The constitutional right to be heard and express yourself. And that to me at least is what Professor Davis’s case was about.