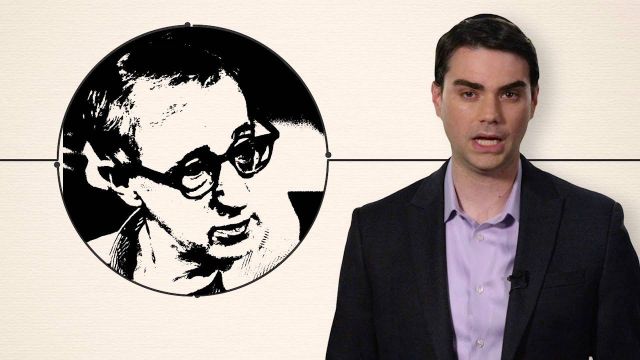 “Ben Shapiro takes a clear-eyed look at why American Jews vote for the anti-Israel Left.”

The two things that I agree with Ben Shapiro on is that American-Jews tend to more identify with their Jewish blood, meaning ethnicity than their Jewish religion. And that a lot of Americans-Jews aren’t Jewish in a religious sense. A lot of Jews are either secular or practice another religion. I have a friend who is half Jewish and half Irish and raised Catholic like a lot of Irish-Americans.

Now why do American Jews tend to vote Democratic and part of that huge Democratic melting pot that Democrats have to have to win the White House every four years? Part of it I believe has to do with history. A Democratic President FDR saved the Europeans-Jews in World War II after a lot of them were murdered by the Nazis in the Holocaust.

If the Republican Party were ever able to dump their Far-Right (which includes part of the Tea Party) they could appeal to American-Jews. Because Jews in America tend to like or are at least opened to things like economic freedom, lower taxes and regulations, strong national defense, at least outside of the Northeast. The Northeast is somewhat dominated by the Far-Left at least when it comes to Jewish voters. But the rest of the country could be decent territory for the GOP in appealing to American-Jews as long as they aren’t seen as anti-Semitic and inline with the Far-Right of the GOP on social issues.