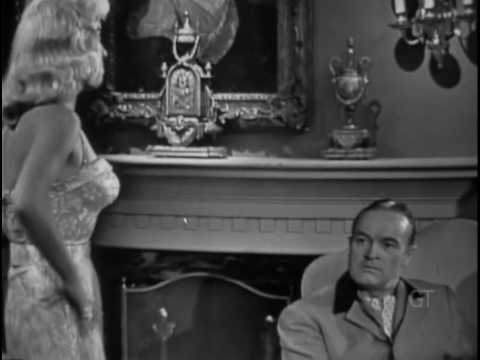 Diana Dors showing her versatility as a comedian on The Bob Hope Show. Going toe to toe with one of the top lets says one-percent of comedians of all-time.

I guess Bob is living out of his fantasies, perhaps drunk fantasies in having Diana Dors a goddess sent down from heaven as his partner and even wife on his show. Making every man in America, that is every man with a pair of eyes and vision and I’m sure some blind men as well jealous of him.

Diana Dors certainly preferred Britain over America and her lovely adorable English accent is an example of that. And used America for her work and this is where she became famous. So coming to America was perhaps not something she loved doing, but her coming over here was gift down from heaven for millions of Americans.