“Falcon Crest: Themes From The Television Series – available on July 15, 2013 as a Download Edition on amazon and iTunes:Amazon, Apple.

In this 1985 Interview with Entertainment Tonight’s Scott Osborne, Hollywood screen legend Kim Novak talks about leaving Hollywood, her life in Carmel in Northern California and her guest appearance in “Alfred Hitchcock Presents”.
One year later, Novak had a comeback in 1986 with a one year guest stint on CBS’ Prime Time Soap Falcon Crest.

The Falcon Crest Blog originally had a video about this Kim Novak ET 1985 interview,  but that photo and video is not available there right now. 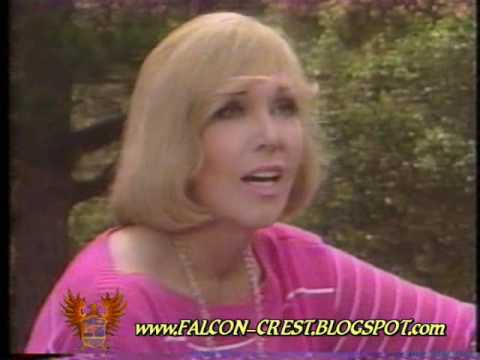 There were a lot of Hollywood bombshells produced by the Silent Generation. (People born in the 1930s and even mid to late 1920s) Actress’s like Marilyn Monroe, Angie Dickinson, Diana Dors, Jayne Mansfield, and yes Kim Novak and several others. But only two of them are still alive today and only two of them even made it to their sixties. Angie Dickinson and Kim Novak.

Why, because these women weren’t just Hollywood goddess’ and bombshells. They weren’t just gorgeous, baby-face, sexy women, who by the way can also act a little. Angie and Kim are good actress’s who are also gorgeous, baby-face adorable and sexy. And they were also mature and intelligent, they knew how to take care of themselves and make careers for themselves. And not just live off of their stardom from early on. But use their stardom to make big careers for themselves.

Kim Novak actually left Hollywood voluntarily and then came back briefly in the 1980s. Because she didn’t need it to feel successful and important in life.