Posted on December 9, 2014 by Derik Schneider 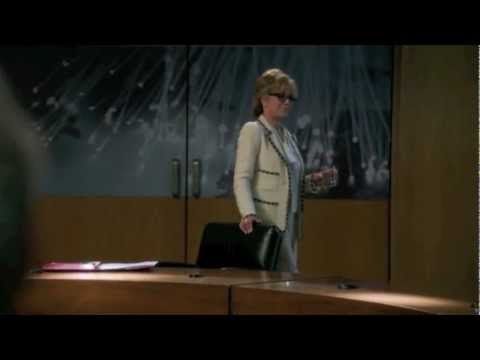 “Jane Fonda as Leona Lansing on HBO’s The Newsroom tells a joke about Jesus and Moses playing golf.”

Keep in mind, I’m not a regular viewer of The Newsroom. Actually, all I’ve seen from this show, is what I’ve seen from YouTube. (Thank God for YouTube) But what I took from this video, is pre-hard news, The Newsroom was basically a soft news, tabloid news show similar to Hard Copy and unfortunately a lot of what CNN is doing now. “This is what is hot in technology. This is who this celebrity is seeing now and thinks about this. This is what this celebrity is now in jail for and wore to that awards show”.

The Piers Morgan show is now off the air (maybe there is a God after all) and that is what it was about until Piers decided he was going to compete with MSNBC and all ten of their viewers and compete for viewers on the Far-Left in America and use their rhetoric and speak for their issues and policies. But that show didn’t do well under the soft-talk format or the so-called hard-talk and hardball politics format. The show died like someone being dropped from a plane a thousand feet in the air with a parachute that doesn’t open and work.

And what was going in with The Newsroom was nothing serious really. All that happened was the driver of the show so to speak the anchor was falling asleep at the wheel talking about technology and tabloid news all the time. And they got a real producer with a real news background played by Sam Waterston, Charlie What’s His Name, (I don’t think that’s his real last name) and they changed the format and the Will McAvoy character played by Jeff Daniels became a real news anchor of a real news show. And the rest is history.

2 Responses to HBO: The Newsroom- Jane Fonda and Sam Waterson