PBS: Video: NewsHour: Lisa Dejardins: What Will Happen in the Next Senate

What will happen in the next Congress a united Republican Congress as far as Republicans controlling both the House of Representatives and Senate, will be based on what Speaker John Boehner and Leader Mitch McConnell actually want to get done and get passed out of Congress and signed into law. And what they want to try to pass by themselves with mostly if not all Republican votes in both the House and Senate and try to force Senate Democrats who will be brand new to the minority, to try to block, or force President Obama to veto partisan legislation. 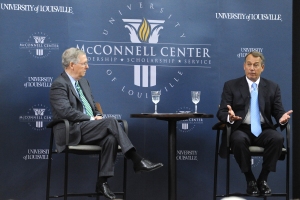