Posted on September 3, 2014 by Kire Schneider

If you look at the hippie movement with the Baby Boomers in the 1960s and early 1970s. And then the me revolution of the 1980s from again the Baby Boomers. Both social movements are about the same thing and they were fighting to be able to live their own lives. Just that the hippie movement was about social liberty, the ability for individuals to live their own lives as they see fit as long as they are not hurting anyone else with their freedom.

And the me revolution was about economic liberty the ability for individuals to work as hard and be as productive as they can. And then be able to collect most of the benefits from their hard work and production. Both of these social movements were about individual liberty and individualism. Two things as a Liberal Democrat myself that I believe strongly in and two of the best decades we’ve ever had as a country.

These two social movements were about expanding individual liberty in America, with civil rights and the laws that came about that from the 1960s. And individuals living their own lives as they want to, not feeling the need to have to conform to the establishment. Great decade to be a rebel to wear your hair long, grow beards and mustaches, wear tight denim jeans with boots. If you’re Jim Morrison the Lizard King, you’re wearing skin-tight leather jeans with a leather jacket and cowboy boots. All the time with long hair and other people men and women picked up on that look. Not feeling the need to wear dress suits wherever they go, but to dress as they please. What makes them happy.

The 1980s was a decade where business suits became popular and stylish again, but in a certain way so you don’t look like a preppy schmuck, but you put the time and effort in your business wardrobe. Worked your butt off during the week and partied hard on the weekends and enjoyed the benefits of your good work. With the money that came from it and another great decade to be an individual with style as well, as we saw a revolution of tight denim and leather with both designer denim and leather jeans for men and women

The 1960s and 1980s was a horrible time to be an authoritarian or a collectivist, a believer in the establishment. Someone who believes all people should be the same based on the rules that the majority. Or a powerful elite put down and that if you go outside these rules, you’re the devil and immoral. “Look at that asshole doing what makes him happy, how dare him, he’s supposed to be like a mummy or puppet like the rest of us, there’s no rom for individuals in our society”. Right, wrong not in a liberal democracy where people have the right to live their own lives and be as happy as they can. 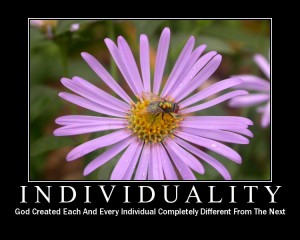 Blogs primarily about current affairs and history. But also blogs about sports, Hollywood and Hollywood history.
View all posts by Kire Schneider →
This entry was posted in George Carlin and tagged Collectivism, Collectivists, Economic Freedom, George Carlin, Individualism, Individualists, Individuality, Personal Freedom, The 1960s, The 1980s, The Hippy Movement, The Me Generation. Bookmark the permalink.