This post was originally posted at FreeStatePlus on WordPress, April, 2012

Not really Newt Gingrich himself, but his movement and followers represented where the Republican Party was headed post Ronald Reagan. Not George H.W. Bush who succeeded President Reagan as President, but didn’t offer a vision other than maybe on foreign policy. Of where he would take the GOP with him. President Bush was more of an operator or pragmatist as President.

George H.W. Bush took issues and problems as they came up, but not having a set of ideas and policies, or direction where he wanted to take the Republican Party. Whereas Newt Gingrich and his Conservative Opportunity Society group had a vision where they wanted to take the Republican Party. That later became known as the Contract with America in 1995. Shortly after being elected to the House in 1978, December, 1978, Rep. Elect Newt Gingrich when House Republicans were still in the minority.

The House GOP had around 160 or so seats during the Carter Administration. They put together working groups that would work on bringing a House majority for the GOP. Raising money recruiting like- minded candidates, putting together and agenda. That they would try to pass, that later became the CWA of 1995-96. But it took them sixteen years to get there. But only he and his group believed they had any shot of taking back the majority. This was back in the day when the House Republicans had for the most part had around 160-180 seats, the late 1970s and 1980s.

And House Democrats controlled the House since 1955. I don’t agree with Newt on much and he has personal characteristics that I don’t like, but I respect him a lot as a political strategist. Probably the best we’ve had since Richard Nixon and Lyndon Johnson. He could see things happening that no one else could. Because he knew how to get there and deserves a lot of credit for that. 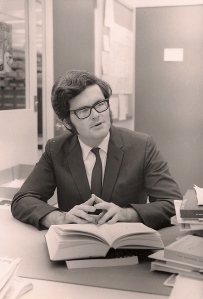