Reuters Plus: Video: The Trail With Samuel P. Jacobs: Rick Santorum vs. Mitt Romney: The Next Ten Days Crucial

Posted on September 15, 2014 by Ederik Schneider

This post was originally posted at FRS FreeStateNow on WordPress, March, 2012

Alabama has already been called for Rick Santorum by NBC News and now CNN. Rick Santorum has been been holding a slim but steady lead over Newt Gingrich. Whose actually in 2nd Place in both states, not Mitt Romney whose the GOP frontrunner. Mitt has called Rick Santorum “desperate”, calling someone desperate whose about to win two more States in the deep South.

The deep South is an area the Republican nominee is going to have to win overwhelmingly. In order to have any shot of beating President Obama in the general election. And their frontrunner has yet to win a state in this region. Unless you want to include Florida, that politically more looks like California than Alabama or Mississippi and their frontrunner is in third place in two of these States.

Mitt is the overwhelmingly favorite to win the Republican nomination for President. I believe even the Santorum Campaign would acknowledge that at least in private. But the point of these Southern primaries, is that the GOP race goes on. And Mitt is going to have to continue to raise and spend money. To spend against Rick Santorum, a big government Republican. Who’s on the fringe in American politics and will never be President of the United States. Because of this, money Mitt needs to spend against President Obama in the general election. 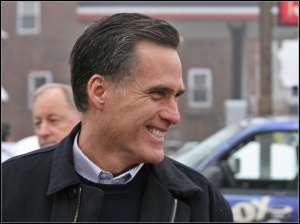