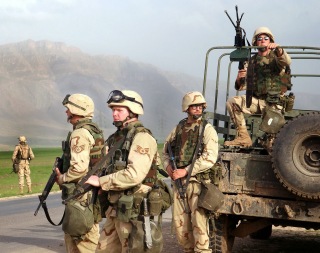 Contra Corner: Opinion: Michael Krieger: Conflagration in Iraq is all the Proof You Need to Know

Whatever you think of the War in Iraq from 2003 to 2011 when it officially ended with American troops pulling out the “mission has already been accomplished”. If you look at what the original neoconservative goals from the Bush Administration and outside of the Bush Administration were and what they wanted to accomplish in Iraq they’ve already been accomplished. “A peaceful democratic state in Iraq with a functioning government that can defend itself”. Yes they meaning the Maliki Administration and the Iraqi defense forces lost Northern Iraq. But it was there’s to lose and they were the ones to lose it.

Governing and defending Iraq is not an American responsibility especially if the country is not in danger of going under and being replaced by some type of fringe authoritarian rule. And Iraq doesn’t want us there. It would be one thing if Iraq was being invaded by another power private or another nation and they weren’t in position to defeat that force similar to Britain being under attacked by Nazi Germany during World War II. Then at the request of the Iraqi Government we would then be put into a position of whether we should help them or not.

But that is not the situation in Iraq now. Parts of Northern Iraq are under the control by Islāmic terrorists that seek to create an Islāmic state in Iraq. And it looks like they may be going through the early stages of an Iraqi civil war that the Iraqi people are going to have to figure out for themselves. This is not the business of Americans and our soldiers and our broke taxpayers that one way or the other would have to fund any involvement in Iraq. This is the business of the Iraqi people.

This is a blog about life and classic Hollywood.
View all posts by The Daily Review →
This entry was posted in Neoconservative and tagged Iraq, Iraqi Civil War, Iraqi Government, Iraqi Military, Michael Krieger, Mission Accomplished, War in Iraq. Bookmark the permalink.