Johnny Cash singing about something he didn’t do very well, or at least very often. Which was walking the line and was someone who was unfaithful and didn’t play by all the rules at least. Not judging him based on that, other than to say he didn’t live the life he sung about. And at best lived a life that perhaps he wanted to and that others lived instead. I think this is a very good song as far as the lyrics and the music to it and of course Johnny Cash with his great voice and that he was a great entertainer. But this song is not autobiographical at least in the sense that he was singing about himself. But perhaps singing about someone else and perhaps singing about someone he wanted to be instead. 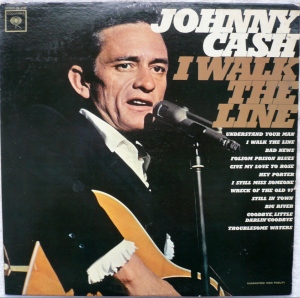 Blogger/writer on a lot of different subjects.
View all posts by Rik Schneider →
This entry was posted in Life and tagged Country Music, I Walk The Line, Johnny Cash, Johnny Cash's Life, Rock and Roll. Bookmark the permalink.