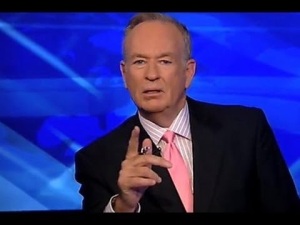 “Bill O’Reilly used the 50th anniversary of Martin Luther King Jr’s I Have A Dream speech to attack African Americans and claim that MLK was pro-right wing. The Young Turks host Cenk Uygur breaks it down.”

From The Young Turks

So I guess you couldn’t have your own cable talk show, if you weren’t also a psychic and mindreader. Because apparently Bill O’Reilly has some super ability to go into dead people’s minds and read what they would think 45 years after their death. Which is apparently that Bill O’Reilly was doing about Dr. Martin Luther King. A man by the way, that Mr. O’Reilly never even met, let was able to ever talk too.

I don’t know where Bill O’Reilly gets the 75% of African-American babies being born out-of-wedlock. But he does have a point about the state of the current African-American community. And would have problems with it and disagreements with the community. And would want to see more done so this community doesn’t have more poverty, less education, fewer fathers in the households, more crime and murders and people in prison than the rest of the country as a whole.

But I guess it wouldn’t be The O’Reilly Finger, I mean Factor, if Billy wasn’t just stating the obvious and emphasizing the negative. Fifty-years after the I Have a Dream speech, fewer African-Americans now live in poverty, more go to school and finish school, graduate from college, live in the middle class. African-Americans. Still not doing as well as Caucasians, as well as Asians, regardless of ethnicity, and perhaps Latinos, again regardless of race or ethnicity. And that is still the challenge for this community to come to par with the rest of the country and not have negative statistics that are twice the average of the entire country.

To accomplish this, more African-Americans and Americans in general in poverty, need to go to good schools, finish school, further their education, not have kids until they’re personally and financially ready to take care of them and then actually raise their kids. And this get to men in the community that are man enough to create babies and life, but not man enough to raise their own kids. And leave that to the mother who isn’t doing very well herself, yet ready to raise kids all by herself.