Tru-TV: Lizard Lick Towing- ‘No One Calls Amy A Bitch’ 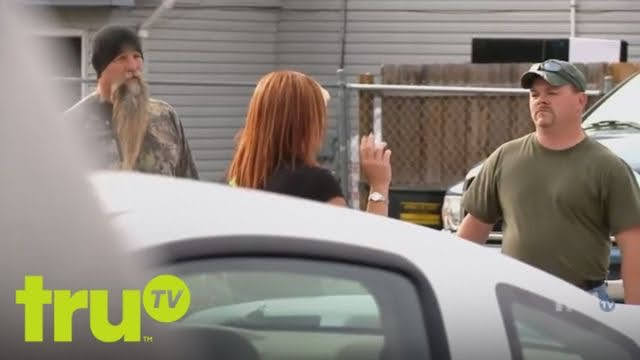 “This guy puts his hands on the wrong woman!
Subscribe:Tru-TV.”

I don’t watch this show from very often. But it is pretty funny and sort of represents every single stereotype that Yankees and people who live in big cities and urban areas in general have of country folk (let’s say) Rednecks even.

The people who work at Lizard Lick Towing in North Carolina are fairly intelligent, at least the owners Ron and Amy Shirley. But a lot of the people they deal with who just got their vehicles and other property towed because they didn’t pay their bills on them look like, frankly stereotypical country bumpkin dip-shit hicks. Who believe they live under different rules as everyone else and don’t have to do such inconvenient things like paying their bills on their cars and trucks. And that is what you see in this scene.