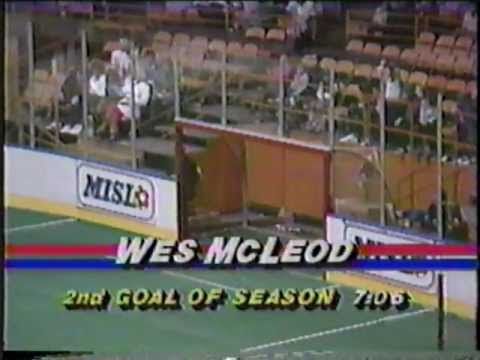 “MISL Soccer Cosmos at Lazers-good quality tape with some good goals…small crowd as usual in LA.”

Two of the better clubs and better markets in the MISL. If soccer can’t succeed in Los Angeles and the New York/New Jersey area, it won’t make it in America, period. Because those markets are so big and they are very good soccer markets anyway for both soccer and arena soccer.

I think the MISL knew this even back then, but for whatever reasons were never able to market their clubs very well. Similar to what the NHL went through up until the 1980s or so and a big reason why it took them forever to expand and become a big league. Which they didn’t do until the early 1970s. But the NHL figured it out and almost forty-years later the MISL is still struggling just to survive.

But having successful clubs in New York, Philadelphia, Washington, Chicago, Los Angeles, to go along with their traditionally strong markets would help a lot with that.