When the Colts left Baltimore in 1984, Baltimore went out of its way to land a new NFL franchise, including landing the Stars of the USFL in 1984 who played two seasons there before the USFL folded in 1986.  After that Baltimore hosted NFL Preseason games at Baltimore Memorial Stadium, nicknamed, and for good reason, the “Outdoor Insane Asylum” because of the crazy fan atmosphere it had for sporting events.

And then Baltimore applied for an NFL expansion franchise in 1993 but was turned down and lost out to Charlotte and Jacksonville and then struck gold in 1994 when they landed a CFL franchise, the Stallions, that were around for two seasons, 1994-95.  It was two of the greatest two seasons that pro-football franchise had, especially for an expansion franchise, winning two Eastern Conference Championships, playing in two Grey Cup Finals, and winning the Grey Cup in 1995 and barely losing in 1994 to a very good Vancouver Lions team in Vancouver and then beating a very good Calgary Stampeders led by QB a Doug Flutie team in 1995 in Regina. I saw both games on ESPN.  They could’ve easily won both games, but in 1994 they lost on a last second field goal by Louis Pasiglia  The Stallions had two very good teams in their only two seasons.

For both football and baseball with the Orioles, he hired Don Matthews as his head coach/general manager, who had a long successful history in the CFL.  I believe he’s in the Hall of Fame winning multiple Grey Cups, and they put two very good teams together, signing players, not based on how good they would be in the NFL, but on how well they would play in the CFL, such as QB Tracy Ham, RB Mike Pringle, WR Chris Armstrong, LB OG Brigance, and others.

And that’s why they were so successful so early, because they had a team that had already been successful in the CFL and knew how to play the CFL brand of football, which is different from the NFL.  Without the Stallions and all the success they had and how well Baltimore and Maryland supported their new team by leading the CFL in attendance both seasons, Baltimore probably doesn’t land the Ravens in 1995.

The Stallions proved to the NFL that they can support a major league pro-football franchise by how they supported the Stallions, even though Baltimore is only 40 miles from Washington with the Redskins and 90 miles from Philadelphia.  Baltimore could support its own NFL franchise and have the Stallions to thank for that. 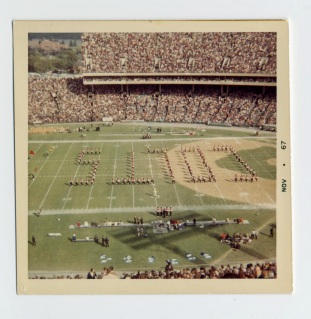