TED Talks: Mara Pavula- ‘ If You Think Politics is a Circus, Think Again’ 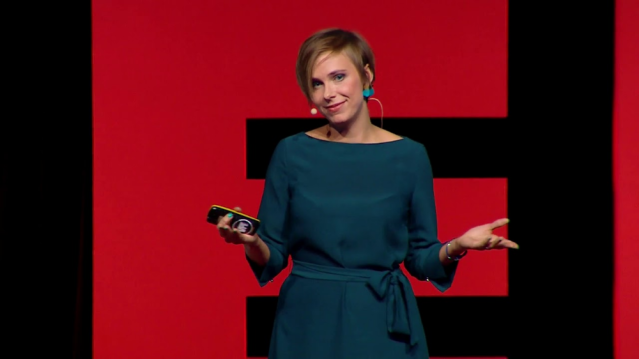 “Would you say that sometimes political processes can become… a circus? Consider this the next time you want to use this metaphor — in reality, the circus is a tight-knit community of hardworking individuals with a deep trust in one another.

“The circus’ diverse history can teach us a lot about cultivating a diverse and inclusive society — Māra Pāvula, a facilitator of contemporary circus in Europe — shows us how. Mara is an enthusiast of a very unique and special culture – that of contemporary circus. She had been studying Intercultural Relations between Latvia and France when in 2012 Mara headed to Paris to fulfill her dream of entering the circus world, as France had always played an important role in the evolution of contemporary circus culture.

“While studying her Masters in University 8 of Paris, she established “Next Door Circus”, a platform dedicated to contemporary circus in the Baltics. Since 2013 she has been co-organizing the contemporary circus festival Re Riga! In 2016 Mara returned to Latvia, established the artist residency program “Sansusī”, and continued her research and production activities. As of September 2017, Mara has been running the Riga Circus School, a platform that provides amateur and professional educational activities as well as audience development strategy under the Riga Circus.”

According to Google a circus is: “a traveling company of acrobats, clowns, and other entertainers which gives performances, typically in a large tent, in a series of different places.”

Now think about the U.S. Congress for a moment and then I suggest to you return to your real world where you can maintain your sanity: you’re talking about 535 members of Congress that work in two chambers, that travel to Washington and around the rest of country giving performances, ( that they call speeches ) what members of Congress from both the House and Senate do for a living at taxpayers expense, doesn’t look much different from a professional circus. You’re talking about people who come to Washington from all over the country to work and then go home 1-2 times a month sometimes less than that, depending on where they actually live and how important in Congress that they are. Plus whatever other responsibilities that they have to their party.

Trust me: ( even it’s just for a second ) I actually don’t get pleasure from making fun of members of Congress or any other group of politicians that American taxpayers are forced to pay for the lack of services that they receive from these people. There are at least 100 other things that I rather do. But sometimes you have to call a dog, a dog and a cat, a cat. You need to cut through the bullshit ( pardon my language ) and call things what they are.

Calling American politicians by enlarge and there are some good people who are paid at taxpayer expense who are actually good, intelligent, productive people, including politicians, but politicians as a profession look like not much more than a large group of performers. Except that every taxpayer in America is required to pay these performers salaries.