Posted on September 10, 2019 by Derik Schneider 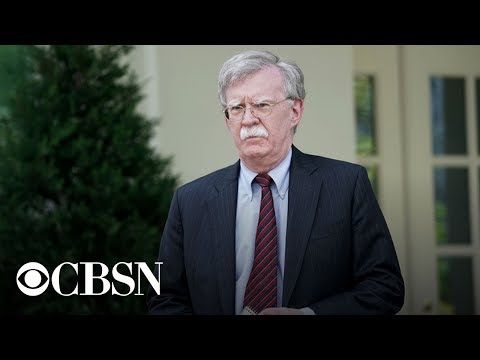 “National Security Adviser John Bolton handed in his resignation Tuesday morning at President Trump’s request, the president announced on Twitter. Bolton had clashed with other members of the administration, notably Secretary of State Mike Pompeo, on foreign policy issues.”

I’m not a dove obviously as a JFK Liberal, but John Bolton is way to the right of me on foreign policy and national security and yet I see President Trump’s firing of National Security Adviser John Bolton as a bad thing.

Whatever you think of John Bolton’s politics at least as it relates to foreign policy and national security, at least he’s a professional. Unlike a lot of if not most of the people that Donald Trump trusts ( assuming he actually trusts anyone ) who are really just yes men and women to the President and at best right-wing political activists who look at public policy exclusively through cultural and partisan lens, instead of looking at issues and policy based on the evidence. Whatever you think of John Bolton, at least he was giving the President of the United States sound advice, based on evidence. And not just telling the President what he wants to hear just to stay in his good graces.

As far as who might replace John Bolton; what sane, sober, intelligent, national security and foreign policy professional person, which is exactly what the President of the United States needs from their NSA, would take this job and work for President Donald Trump, when you know you could get fired simply for doing your job. Donald Trump, has never been a man who makes decisions based on evidence and what’s the right thing to do, especially if the evidence and facts contradicts what he should do.

The President could appoint another yes man like a Michael Flynn and see that person crash and burn within a few months, because we learn that person has business contacts and interests in countries that are at odds with us that this person failed to disclose in their background check. Or the President could appoint another professional like a Henry McMaster or John Bolton who’ll get fired simply for doing their jobs. Donald Trump is not the king of reality TV for nothing: he’s nothing if not unreliable and unpredictable.