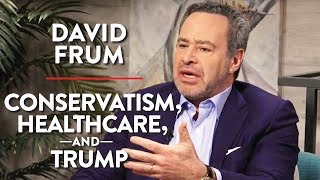 The main differences between Canadian Conservatives from lets say the Goldwater-Reagan Conservative-Libertarian wing of the Republican Party, is that Canadian Conservatives believe limited government, fiscal responsibility, a large private sector where private enterprise and economic freedom are encouraged, but where there is a large generous welfare state for people who truly need it. That taxes and regulations on businesses should be fairly low, but individuals are taxed fairly high to fund their welfare state like their national health insurance system.

When I think of a Conservative and yes of course I’m looking at this from the perspective of an American and maybe if I had duel citizenships I could look at Conservative from multiple national perspectives, but just as an American I look at Conservative from a U.S. Constitution, Bill of Rights, individual rights, traditionalist, standpoint. That the job of government is to defend the republic and defend our individual rights. Encourage individual freedom instead of using big government to try to manage people’s lives for them either from an economic or personal perspective. Sounds very similar to my own liberal politics but we differ on the role of government as it relates to welfare policy. But tend to share very similar if not identical principles.