Keith Hughes: ‘Who Were The Black Panthers? US History Review’ 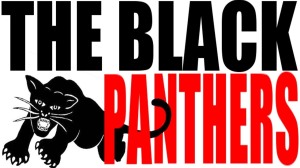 Source:Keith Hughes– take on the Black Panther Party in America.

“Who were the Black Panthers? What did they believe in and what were their positives contributions as well as there darker sides? A deep dive into the revolutionary political party, the Black Panthers. Including the BPP’s origins, philosophy, rise to notoriety, clashes with the FBI and it’s ultimate demise. Check out over 500 vids at Hip Hughes and learn more about the Great Migration which led to the Black Panthers, here:Keith Hughes.”

The way I look at the 1960s when it came to these political revolutionary movements within the African-American community, was that there were three movements there.

You had the Malcolm X power movement that wasn’t about violence, but self-defense and self-empowerment of the African-American community.

And you also had a militant wing of this community that was was about empowering the African-American community, but was way to the left of Dr. King and Minister Malcolm X. People who were not just Socialists but in some cases self-described Communists.

I don’t believe I put the Black Panthers in the same class as the IRA in Britain as well as Ireland, or Hamas in Israel and Palestine, as far as group that was not only a radical political organization, but also a terrorist organization. Or even The Weather Underground and Symbionese Liberation Army in America. But they did have a military wing in it and would use violence if they thought it was appropriate. But they were a Far-Left socialist-communist political organization that wanted a new economic system and perhaps even form of government in America. They weren’t as Far-Left as The Weather Underground who were literally trying to overthrow the U.S. Government. That was literally one of their goals, but they did share similar politics as The Weather Underground when it came to economics.