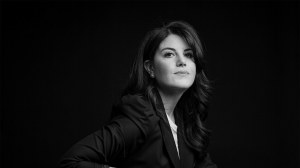 Looking back at it now twenty years later (think about that for a second) the difference between the 1960s especially the early 1960s with President John F. Kennedy and the 1990s with President William J. Clinton, has to do with the internet age and media culture. The personal scandals that Bill Clinton was involved both real and fake in the 1980s and 1990s, aren’t that different in seriousness from the real scandals that President John Kennedy was involved with in the early 1960s.

President Clinton, had a short-term affair with a White House intern. President Kennedy, had affairs with mob girlfriends, women who were still involved with their mobster boyfriends and would then tell those men about their involvement with President Kennedy. Judith Campbell was one of President Kennedy’s White House girlfriends. She was Italian mobster’s Sam Giacana’s girlfriend as well. Bill Clinton while as Governor of Arkansas in the 1970s and 1980s, had an extra marital affair with former model and now writer Gennifer Flowers. Jack Kennedy when he was Senator Kennedy in the 1950s and after he married his wife Jackie, had multiple affairs with multiple women, which continued while he was President in the early 1960s.

If you wanted to watch TV back in lets say 1963, you had three channels to choose from. In some big markets maybe there would be an independent station that wasn’t affiliated with CBS, NBC, or ABC. PBS didn’t even come around until the late 1960s. Forget about satellite, there wasn’t even cable. You wanted to read a newspaper of magazine, you had to subscribe to one and it would be mailed to you physically, not electronically and you would probably get it once a week. Same thing with a newspaper but it would be sent to you everyday. Or I guess you could actually leave the cocoon of your house and get some fresh air and go down to your local convenient store and pick up a magazine or newspaper.

My point here is (and yes I have a point) is the Monica Lewinsky-Bill Clinton affair of the mid and late 1990s, was not new at least as far as how serious it was. Yes, both people especially President Bill Clinton who is old enough to be Monica’s father and of course was married, but then the fact that he’s President of the United States having a White House affair with a 20 somethingWhite House intern, showed horrible judgment here and have been paying a price for it ever since. The difference being is that we knew about everything that Bill Clinton was involved with by late 1991 and certainly into 1992 and for his whole presidency, because of new technology and the information age.

No longer just network news, radio, and the newspapers. Not just 24 hour news networks, but online publications (that we call blogs today) Americans simply having the ability to find out everything that they wanted to find out whenever they wanted to by only having a laptop or desktop, or a smartphone. As well as a new media culture that instead is run by lets gets the truth before we put it out, even if that takes longer, is now about having to get something out there before their competitors do, or it will cost them money. Especially ratings and advertising. Not sure that attitude has dominated network news as much as cable news and online publications, but others probably know that better than me.

Not saying the Clinton-Lewinsky affair wasn’t serious and shouldn’t have been paid attention to. How serious it was and what should’ve been the consequences for it, are really up to the people involved especially the people who were directly hurt by it. Most notably Bill Clinton’t wife and daughter. And to a certain extent President Clinton and Monica Lewinsky herself. Not by some religious cult thats from the 1950s and got caught in some Star Trek time warp and suddenly finding themselves living in the 1990s and deciding that since they’re now in the 90s that they’re going to not only bring their lifestyle and culture with them, but try to force every other American to live like them. And of course I’m referring to the Clinton haters that Hillary Clinton correctly labeled the vast right-wing conspiracy.

My point is what happened between Bill and Monica, is not much more serious and consequential if at all to the political and sexual affairs of the 1960s. What made Bill and Monica and different is the time and technology in which their affair happened. 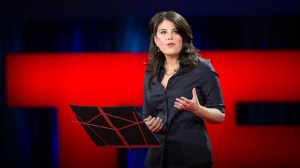