Liberty Pen: John Stossel: Starr Parker, ‘The Lie of The Left’: Give Me a Break! 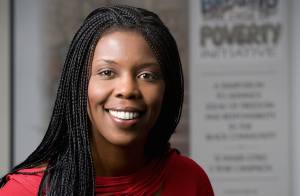 Liberty Pen: John Stossel: Starr Parker, ‘The Life of The Left’: Give Me a Break!

“The Lie of The Left”, not sure which Left Starr Parker is referring to. Because it is a very large political faction of people in America. Just look at the Democratic Party. Where you have Center-Left Liberals such as myself and then you have Progressives, who are a bit left of me, but still in the mainstream of American politics. But then you have Bernie Sanders Democratic Socialists, who are very way left and look more like the Green Party, or Democratic Socialist Party, than they do the Democratic Party. So is Starr Parker, saying everyone on the Left lies?

Of course racism, stills plays a factor in America and Americans are denied access as a result. It’s not the only reason for poverty in America and perhaps not much of a reason at all. But if you get yourself an education and you apply yourself and show perspective employers that hiring you can would benefit the organization, you can overcome racism. It also helps to have access to good lawyers when you are denied a position because of your race. So the person who victimized you won’t want to do that again and pay a price for what they did to you.

I agree with Starr Parker about the welfare system. Which is why it was reformed in 1996, but we need to go further with that. But this idea that The Left, again as if there’s one Left, as if there was one Right, especially when you have John Stossel talking to Starr Parker, believe that if you’re born Black, or Brown, or whatever it might be that you’re automatically going to have to live in poverty in America, especially with people compared with lighter complexions, is stupid. The Far-Left, I’m sure believes that. Black Lives Matter, would be an example of that.