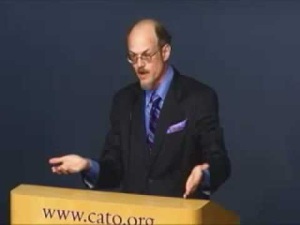 “In his new book, Is The Welfare State Justified?, philosopher Daniel Shapiro insightfully combines moral and political philosophy with contemporary social science to argue that proponents of the welfare state — egalitarians, communitarians, and liberals alike — have misunderstood the implications of their own principles, which in fact support more market-based or libertarian institutional conclusions than most people realize.”

From the CATO Institute

For most Americans unless they have a government job, if they have a pension its a private pension. That either they funded them self, or they funded with help from their employer. Social Security, is not only not only the national retirement system, but it isn’t a retirement system at al. It is insurance that people pay into through their working lives and then collect from once they retire. To go along with any private savings and perhaps a pension plan that they picked up during their careers. So when people talk about privatizing Social Security and creating private savings accounts, private savings accounts already exist. And they’re talking about privatizing retirement insurance.