The Associated Press: ‘Opening of The Senate Watergate Committee (1973)’ 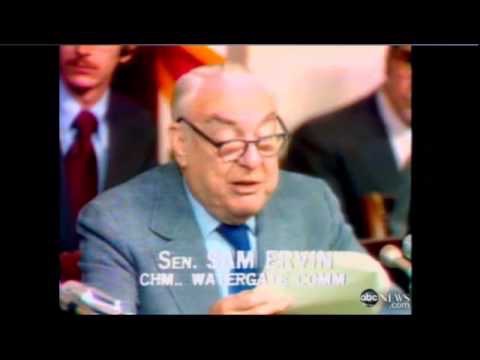 From The Associated Press

Without the Senate Watergate Committee, President Nixon doesn’t get impeached at least in that Congress and when he did in 1974. Because of how they and the special prosecutors office were able to get people in the Nixon White House and the Nixon reelection campaign to talk about what they knew about Watergate and the coverup, that is how all of this information came out. To the point that Congressional Republicans both in the House and Senate could no longer support President Nixon.

John Dean, in great detail laid out for the committee under threat of prosecution of course, exactly how the Watergate coverup was conducted. Since he was essentially in charge of managing the coverup.

White House Chief of Staff Bob Haldeman, also played a big role in that. But Dean, was essentially the desk sergeant of this case. And managed all the information that came in, as well as what to do with the information. And what people involved in the Watergate break in either needed to keep quiet, or what kind of legal defense that they needed.

But the disclosure of the taping system, is really what ended the Nixon Administration. Without that disclosure, President Nixon probably survives Watergate. He would’ve been a lot weaker and had a hard time dealing with a Democratic Congress that would’ve expanded their majorities in the House and Senate in 1974 whether he was still President, or not. But he still would’ve been President of the United States for the last two and a half years of his presidency.

And perhaps President Nixon would’ve achieved a few other foreign policy success’. But the taping system is what nailed the President. Where he’s caught on tape ordering the coverup. And the Senate Watergate Committee brought that to the public.

1 Response to The Associated Press: ‘Opening of The Senate Watergate Committee (1973)’