Allan Gregg: ‘Tom Hayden on His Life as a Political Activist’ 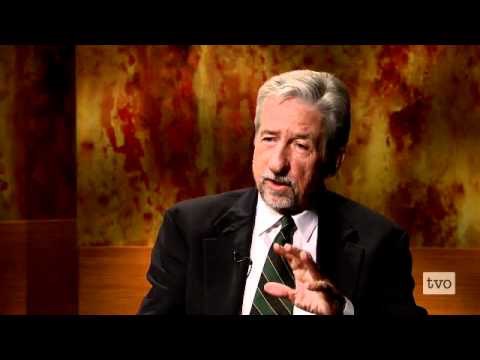 “Tom Hayden on His Life as a Political Activist.” Originally from Allen Gregg, but the video has since been deleted or blocked on YouTube.

I was hoping this interview would be about if not mostly about if not the whole thing being about the 1960s: the New Left, anti-war movement, the Vietnam War and everything else from that period. Especially since Allan Gregg was interviewing Tom Hayden. One of the key leaders of Students For a Democratic Society and the New-Left in this period. Before Occupy Wall Street was literally born, but the late 1960s version of OWS. But at least half of this interview is about the current Iraq War and 2008 in general. Especially since this interview was done in 2008.

Being that as it may, what Iraq and Vietnam have in common is they are both wars by choices. At least from America’s point of view of getting involved in something that at the very least could be argued had no business being involved in, in the first place. And for what, to build a liberal democratic utopia in a country that doesn’t have any type of democracy up until new pre-2003. And this liberal democratic utopia was supposed to be put together by Neoconservatives in the Bush Administration (of all people) which isn’t that different from what Neoconservatives wanted to do in Vietnam in the 1960s.

The anti-war New Left of the 1960s, were middle-age, yuppy, Baby Boomers by 2002-03 when the drive for the 2003 invasion of Iraq was put together. When Congress gives President Bush the authority to go into Iraq.

Most of the New Left of the 1960s grew up and moderated and became spouses and parents and working good middle class jobs and even starting their own private businesses. They became capitalists and private enterprisers in the 1980s and 90s and so on. Which was one thing they were trying to get rid of in the 1960s and 70s. People tend to moderate with experience and knowledge.