The Film Archives: Seymour Hersh- ‘The Truth Behind JFK’ 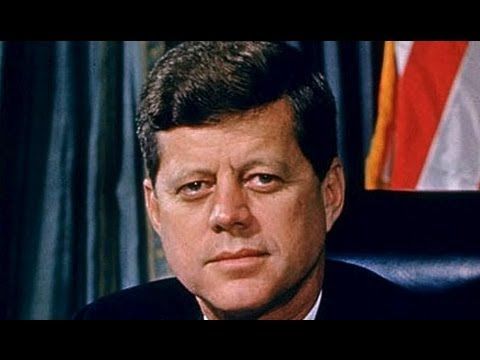 “Hersh’s 1997 book about John F. Kennedy, The Dark Side of Camelot, made a number of controversial assertions about the former president. About the book:Amazon…

“A monumental work of investigative journalism from one of the greatest reporters in American history, revealing the Kennedy White House as never before.

In this widely acclaimed and bestselling book, the award-winning investigative reporter Seymour M. Hersh reveals a John F. Kennedy we have never seen before, a man insulated from the normal consequences of behavior long before he entered the White House. His father, Joe, set the pattern: Kennedys could do exactly what they wanted. There was no secret that money and charm could not hide. Kennedys wrote their own moral code.

By the end of Jack Kennedy’s life, his private recklessness had begun to edge into his public life, putting him — and his nation — at risk. Now, for the first time, Seymour Hersh tells the real story of those risks, as he brilliantly re-creates the life and world of a crisis-driven president who maintained a facade of cool toughness while negotiating private compromises unknown to even his closest advisers.”

This photo is also from a video with left-wing Seymour Hersh’s book about President John F. Kennedy from 1998, but the video that this photo is from is not currently available online.

This photo is from the same book event at Politics & Prose Bookstore in Washington, for left-wing author and journalist Seymour Hersh, talking about his 1998 book about President John F. Kennedy. But the video that this photo is from is not currently available online right now.

Source:The Film Archives– President John F. Kennedy (Democrat, Massachusetts) 35th President of the United States (1961-63) If smoking cigars is fashion statement and something that makes men cool, then JFK is one of the coolest men ever.

My like and respect for Jack Kennedy goes to his intelligence, his politics, his policies, what he wanted to do as President. I’m a Liberal Democrat because of JFK and when I learned about his politics and philosophy, I started basing my own politics around him. As well as his personality, especially his sense of humor.

What I like about JFK might sound like a lot, but that is as far as I go with him as far as liking and respecting the man. He personal life wasn’t just reckless and irresponsible, but it was dangerous. The way he lived his life as President of the United States. Forget about how he treated his wife, which was bad and everything, but that’s their business. My problem with him is how his life effected his presidency.

At any point during Jack Kennedy’s affairs with his mob girlfriends, the mob could’ve said: “You come down hard on us and we’ll let your secrets out and all of your personal affairs as President.” Which probably would’ve ruined JFK’s political career. And probably would’ve started all sorts of Congressional investigations into his personal life and his association with mob ladies and mobsters. And to see if there were any working relationships and everything else. This would’ve been JFK’s Watergate, if not worst. Because of all the potential blackmail that the Italian Mafia had on President Kennedy.

If there was anything that ever made Jack Kennedy unqualified to be President of the United States, it was his own personal life and personal affairs. Not that he cheated on his wife, but who he cheated on his wife with and the connections that his women had. And how all of that could’ve been used against the Kennedy Administration. Especially as it related to their campaign to take down organized crime in America, especially the Italian Mafia. Work that had to be done for the country to a safer place to live where crime is not such a big part of American life.

1 Response to The Film Archives: Seymour Hersh- ‘The Truth Behind JFK’