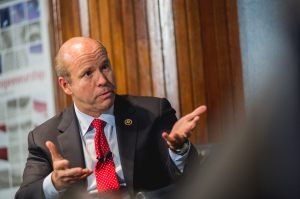 “”Although most politicians on both sides of the aisle support increased investment in US infrastructure, few agree on the source of necessary funds. In his keynote address at AEI on Tuesday, Representative John Delaney (D-MD) outlined his Partnership to Build America and Infrastructure 2.0 bills, which combine infrastructure funding with a plan to tax profits earned by US corporations in foreign countries. According to Rep. Delaney, his proposal would bring corporate money back to the United States and would stimulate economic growth through improved infrastructure.
One thing that actually has bipartisan support in Congress and in the rest of Washington is the need for infrastructure investment. Except for perhaps Libertarians everybody wants to do it and understands the needs for it and it really is just a matter of how to finance it. Because now need in the trillions of dollars in new infrastructure investment in this country according to the U.S. Core of Engineers. And that number just gets higher and more expensive the longer we wait or simply do nothing because of gridlock.”

“In January, Representative John Delaney (D-MD) introduced a bipartisan bill to create a leveraged American Infrastructure Fund, a wholly owned government corporation capitalized by taxes on repatriation of foreign profits at a favorable rate. He has since expanded the proposal to make the tax on foreign profits mandatory and to use the revenue for the financially challenged Highway Trust Fund and for the Infrastructure Fund. According to the bill, the Infrastructure Fund could issue debt with up to a 15:1 leverage ratio and extend credit up to $750 billion “with no profit motive,” but credit would “not be backed by the credit of the United States.”

During this AEI event, Rep. Delaney presents and discusses his proposal, which he has described as “a natural deal.” A panel of experts examines the issues involved in combining foreign profits and infrastructure finance in this fashion and whether the proposal indeed represents an idea whose time has come.” 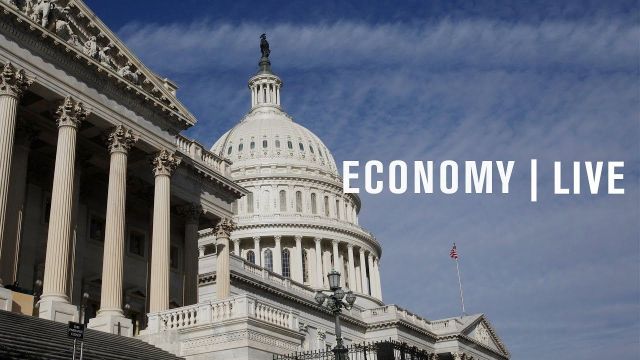 One thing that actually has bipartisan support in Congress and in the rest of Washington is the need for infrastructure investment. Except for perhaps Libertarians everybody wants to do it and understands the needs for it and it really is just a matter of how to finance it. Because now need in the trillions of dollars in new infrastructure investment in this country according to the U.S. Core of Engineers. And that number just gets higher and more expensive the longer we wait or simply do nothing because of gridlock.

I like Representative Delaney’s idea of huge new infrastructure investment and we need to go real big and into the trillions in one bill. And do that over a 5-10 year period, because again we are going to have to pay for this upfront and if that means new revenue, you want to stretch that out so you don’t have raise a lot of new revenue real fast. And take a lot of money out of the economy upfront when the economy finally starting to recover fast. You also want to raise the money in a way so more jobs are sent out of the country as a result to avoid paying taxes.

So I don’t like Representative Delaney’s way of paying for infrastructure for a couple of reasons. One, it would send more jobs oversees by raising taxes on business’s. Two, it’s not just business that uses our infrastructure. We all do as a country and because of that we should all pay for it. And pay for it in a way that it doesn’t hurt people especially the less-fortunate in the country. I like the idea of bringing in business to finance these projects. But not through taxation and instead incentivize them to invest in infrastructure projects.

Which is why I’m in favor of what is called a National Infrastructure Bank. Which would be a non-profit independent corporation that would be in the sole business of prioritizing infrastructure projects and deciding what should be built and repaired. And then going to the private sector to get people to invest in the projects that the investors would get back in profits from the people who use the projects. The bridges, roads, airports, schools and everything else.

We should have a two-track plan to rebuild America. One that is upfront and takes care of current and older infrastructure needs. Which could be financed from oil and gas revenues, alcohol, tobacco and hopefully one day soon marijuana taxes. And that could be handled through Congress simply passing a large highway bill that would cover those projects and costs over that 5-7 year period.

And then long-term we need to finance infrastructure as well and that is where the NIB could come in. And could handle anywhere between 100-200 billion-dollars a year in infrastructure in this country. And when was the last time America invested that much money in infrastructure. The 2009 American Recovery and Investment Act, which was emergency legislation to deal with the Great Recession.