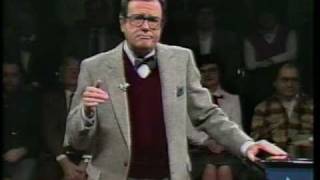 1984 was almost unfair for the Democrats because they had no one who can beat Ronald Reagan and they probably knew that going in. If you look at where the country was in 1980 and where it was in 1984, it certainly wasn’t good, but the country was feeling much better than it was in 1984 than in 1980. Imagine waking up with a head cold or the flu and then waking up the next morning with a cold. You aren’t feeling great, the next morning with the cold and perhaps a stuffed nose and cough. But at least the headache is gone and you’re no longer vomiting every hour were able to sleep the whole night. Well that is how the country felt in 1984 with Ron Reagan compared with 1980 with Jimmy Carter.

1984 was what the what the hell year for Democrats. “Hey I can’t win so I might as well run for president, because what do I have to lose”. Which I believe was one of Walter Mondale’s campaign themes that year. “Vote for me, what do you have to lose?” 1984 was for Democrats what 1964 and 96 was for Republicans. The country not feeling great, but much better off than it did four years earlier. And when that is the case the party in power tends to get reelected. And if that party holds at least one chamber of Congress as well, they not only hold their majority in the House or Senate, but tend to add to it as well. Which is what Senate Republicans did in 84.

It is too bad for Democrats in 84 because they had at least two good candidates. And if Gary Hart was just able to communicate what he believed in 84, the Mondale line of “where’s the beef” doesn’t play as well or is even used. Because Democrats tended to like Gary Hart and did other Americans, but with Mondale they knew him and knew where he was on the issues. He was the safe choice especially considering they knew he wasn’t going to win anyway, but at least Fritz wasn’t going to embarrass them. Ron Reagan was something special as a politician and when things were going well under his leadership or at least perceived that way, he was almost impossible to beat. Which is what Democrats found out in 1984.