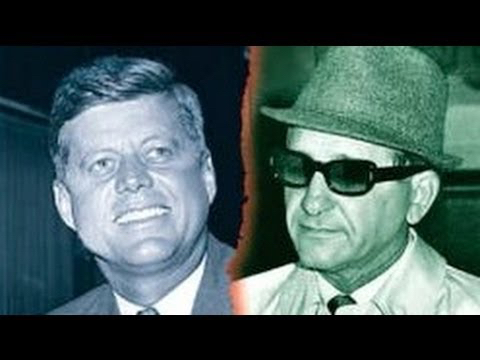 One of the followers of this blog is a big fan of JFK assassination conspiracy theories and is currently reading a book that has its own theory of the JFK assassination. So I think he might like this and is welcome to comment on this post and let us know what he thinks about this. As far as Dimitri Logothetis about Sam Giancana ordering the assassination of President Kennedy, before anyone calls Mr. Logothetis a whack job or anything like that, he’s only putting a theory out there. And admitted in this interview that the only people who know how many people are responsible for the JFK assassination are all dead.

Again these are theories, some of them are nutty and baseless in fact. Like the fact that Far-Right racists and radicals in Dallas murdered Jack Kennedy and did it by themselves. Or that Vice President Lyndon Johnson murdered the hit on Kennedy. Or the CIA and perhaps the FBI as well ordered and perhaps even did the hit themselves. But at least one of them has real hard evidence around it and that is the one I’m going with about the Italian Mafia and that they had a lot to gain with President Kennedy being killed. They had the motive, the opportunity and the people to do it. And the fact that Jack Ruby was connected with them and that Ruby was also connected with the JFK killer Lee Harvey Oswald before the assassination, just backs this theory up.

Dimitri Logothetis is not saying that he knows that Sam Giancana and his crew murdered President Kennedy. What he’s saying is that based on all the evidence that he’s seen, that he believes that is the most likely scenario. And who better a patsy than Lee Oswald and Jack Ruby. I mean who would miss those two people. Oswald hated Kennedy and didn’t have anyone around to miss him. Ruby was one of the Mafia’s men and who associated with them, hung out with them and did business with them. And plus he was already dying before being sent to prison for killing Oswald. So these things add up and are worth considering as far as how many people may be responsible for the JFK assassination.