Posted on January 3, 2015 by Derik Schneider 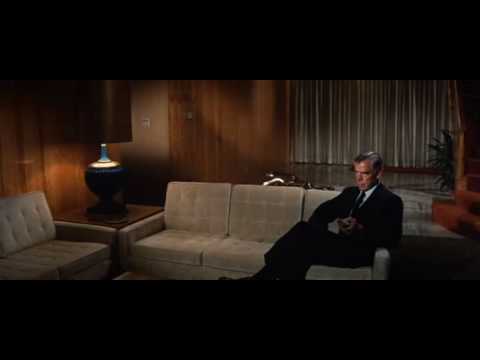 “While physically outmatched, Angie proves to have a canny tactical mind.”

One of my favorite scenes in this movie and because it was Lee Marvin with Angie Dickinson. And I’m a huge fan of this movie, which I’ve hoped I’ve already made clear by now, otherwise I’ve done a horrible job.

But Angie Dickinson is a big reason why I love this movie and why I saw it in the first place. She’s not just a gorgeous sexy baby-face woman, one of the top Hollywood goddess’ of all-time, but she’s also a hell of an actress with a great sweet sexy voice. That would make reading from a dishwasher manual or a phonebook sound interesting simply because’s she’s reading from it.

And here in this scene Angie is one on one with Lee Marvin. And he brings her up to this place, really for her own security. Probably more likely, because he wants to keep an eye on her. But she thinks he has more honest and romantic intentions and that perhaps this house is their weekend getaway or something. But he makes it clear that is isn’t and she goes ballistic and goes off on him. Well she tries to anyway and slaps the hell out of him on his chest.

But Walker being the stone-cold criminal that he is, isn’t phased in the least by it. And basically just looks at her like, “what the hell is she doing” or something. And this is simply a great scene.