This really looks like a mismatch on paper with the San Francisco 49ers finishing 2-14 in 1978 and the Los Angeles Rams finishing 12-4 and running away again with the NFC East title as they made a habit of doing in the 1970s. And if it wasn’t for the great 49ers-Rams rivalry, at least when the Rams were in Southern California, I wouldn’t of bothered to of post this. But this was a great rivalry in the 1950s, 1960s to a certain extent, the 1970s and the 1980s. With a lot of great games with the teams not liking each other.

The Rams were sort of in transition in 1978, with head coach Chuck Knox moving on to Buffalo to coach the Bills and this being the last season for the 49ers before Bill Walsh completely took over the football operations there in 1979. He inherited a bad football team with a few good young players. Like offensive lineman Keith Farnhorse, Randy Cross, wide receiver Freddie Solomon and a few others. But the 1978 49ers season is why they went to Bill Walsh in 1979. 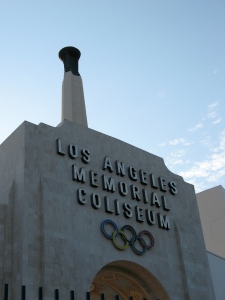