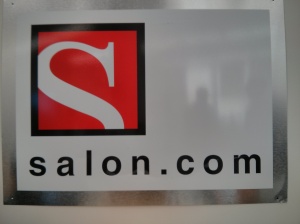 To just to speak to David Horwitz’s critique of Salon and Joan Walsh. He did what he accuses them of doing, which I’ll get into later. Using hyperbolic rhetoric to critique President Obama and Democrats. Saying they are destroying the economy, anti-military and you can go down the line and read his article yourself. Which is how he counters Joan Walsh who said that Republicans are destroying America and the middle class and only appeal to the rich and Caucasian men and so-forth. And you wonder why Americans hate politics with hyper partisans on both sides using hyperbolic rhetoric against each other.

But here’s where I think I agree with David Horowitz and Dennis Prager of all people. They have used the terms leftists and leftism to talk about people on the Left they either don’t like or disagree with. And replaced the terms liberal and liberalism. They’ve both argued that liberal and liberalism are beautiful words, but the problem with the Left are the people who are illiberal and are much further Left than Liberals. And believe in an ideology much further left than liberalism. They use the word leftism to describe this philosophy and leftists are people they say follow that philosophy.

I use the term social democrat to describe someone who is to the Left of lets say a real FDR/LBJ Progressive. Lyndon Johnson was to the Left of Jack Kennedy of all people, especially on economic policy and to the left of Franklin Roosevelt on social issues. FBR/LBJ New Deal/Great Society Democrats are the real Progressives in America, classical Progressives if you are more comfortable with that. People who believe in activist government yes, but that government shouldn’t be so big that it discourages people from working and being independent. FDR and LBJ were big believers in private enterprise and economic independence.

Now the Joan Walsh’s Salon’s Occupy Wall Street’s of the world, much further left of LBJ Progressives. They essentially believe that government needs to big enough to see that no one is left behind and that everyone is taken care of in society. Even if that means less freedom for the individual as long as the individual’s economic and social needs are met. They believe in this social democratic form of government that is fairly common in Europe. That when government is big enough to meet the needs of the people, fewer people will be left behind, because fewer people will have the freedom to make mistakes with their own money.

You know I hate the words liberal and liberalism to describe people who this far to the Left that they make Franklin Roosevelt and Lyndon Johnson look like moderates. But I’m not happy with using the word progressive to describe people who are as far left as Salon and others either. Because real Progressives understand the need for limited government and fiscal accountability as well. Harry Truman and Lyndon Johnson both ran surplus’ as President and they were both Progressive Democrats. Which is why I call people who let’s face in are far-left in America, Social Democrats. While Dennis Prager, David Horowitz and other smart people on the Right calls them leftists.
.