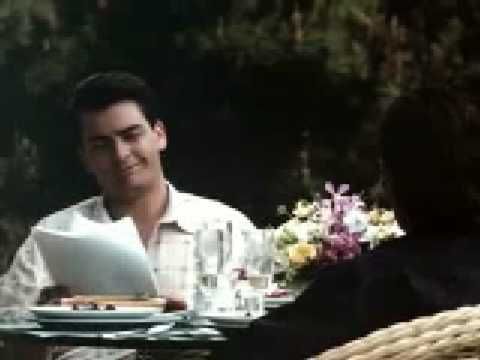 Wall Street from 1987 is a very good movie about what it’s like to work on Wall Street and what life is like around it. Perhaps not the most accurate movie, but definitely based on reality about a man who has a lot of power on Wall Street in Gordon Gecko played by Michael Douglas. Who basically makes his living buying companies and selling them for profits as well as investing in other companies. His company if you want to call it that, doesn’t make or produce anything. He buys and sells stocks as well as companies and sometimes buys companies that are losing a lot of money. Turns them around so they are profitable, even if that means laying off a lot of people and then sells those companies.

That character in this movie is named Gordon Gecko of course played of course by Michael Douglas with the famous line “greed is good” which I’ll get to later, which also has to do with today’s debate about Wall Street and another main character called Bud Fox played by of course Charlie Sheen, probably his best movie even though it’s not his funniest, whose a young up upincomer on Wall Street, looking for the fast track whose basically a good guy from a good family but discovers Gordon Gecko and decides Gecko is his trip to the top. A

Bud Fox wants to work with Gordon Gecko or for him. But Gecko only wants to work with the young Fox, if Fox has insider knowledge so they can do some insider trading. Which of course is illegal, but Fox is the son of a union leader and someone who works for an independent airline played of course by Martin Sheen. Who’s Charlie’s real life father and the airline is about to get sold and that’s where the inside knowledge comes in. And Bud Fox has what Gordon Gecko needs to buy the independent airline.

Bud Fox’s connection with Gordon Gecko is about how his knowledge of his father’s business and how they can use that to buy that airline. And Fox’s ability to scout Gecko’s competition and get inside knowledge on them sort of like a spy. And they use that to always stay a step ahead and make sure they are always able to bid more than the competition. Because they know what the competition is able to bid and how much capital they have and what their strengths and weakness’s are.

My favorite line in the movie is where Gordon Gecko gives that speech at the stockholders meeting at some company. The famous Greed is Good speech. And the funny thing is even though I’m a Democrat and greed can definitely be bad if miss used like the greed we saw in 2008 that led to the Great Recession. And to a certain extent is still going on is obviously bad and I’m not disputing that. Where corporate executives were allowed to make their companies too big, ran them into the ground and then got bailed out by taxpayers and then walked away with huge bonus’s.

But as Gordon Gecko said “greed is good, because greed allows for people to be as productive as possible to make as much money as possible. And grows companies as much as possible to make create as many good jobs as possible”. The main reason why Wall Street is so relevant today, because of course of the Occupy Wall Street movement that’s going on today because of their bad practices in the past and their abuse of greed as I just laid out. And how unpopular Wall Street has become today, not as unpopular as Congress (but that would be a hell of an accomplishment for anyone to accomplish) and is a great movie period as far as I’m concern. But also a great movie if you’re interested in OWS.