Politico Magazine: Opinion: Will Marshall: How to Save the Democratic Party From Itself 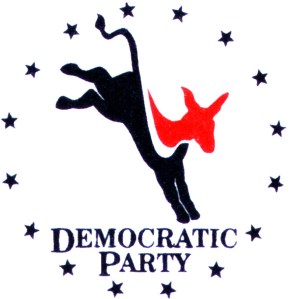 Politico Magazine: Opinion: Will Marshall: How to Save the Democratic Party From Itself

Will Marshall seems to be arguing that since the Republican Party now operates the anti-government Tea Party Right, to go along with the Christian-Right when it comes to social issues, that the Democratic Party should operate the middle. That it would be dangerous for the Democratic Party to operate the pro-big government Left, because most of the country is not there on the Left or with the Tea Party on the Right. I agree with Marshall that most of the country is not that far Left or Right.

Americans tend to be between the 40s, to use a football field analogy. They don’t tend to be on the 20’s the two wings of the American political spectrum. But there’s a difference between center-left and dead-center where you don’t have any real political core. And everything is about negotiation and give and take because you don’t have any real political core. Any real ideas and values that you truly believe in other than the basics of the Constitution.

The fifty yard line would be the dead-center. It’s called dead-center for a reason because not any Americans are so moderate without any real political core. They tend to be somewhere between liberal and conservative. With the wings occupying the fringes of both parties. the center-left would be one of the forty yard lines. Liberals and Progressives, mainstream pragmatic leftists who have their own policies and views, but can and will work with pragmatists on the Right when they don’t have all the power and have to work with the other side in order to govern.

The Democratic Party doesn’t and shouldn’t be the dead-center moderate party with no clear convictions and nothing they’ll fight for and stand for party. And tell voters, “vote for me because I’ll do what I believe is best and work with the other side to govern”. No, it doesn’t work like that in American politics. Americans like to know who they are voting for and what that person is about and where they are on the issues before they decide to hire that person or not. And that is not just the wings, but mainstream Liberals and Conservatives who are between the 40s politically.

The Democratic Party doesn’t need to be the dead-center party, nor should it. But be what it has traditionally been at least the last fifty years or so. Which is the center-left party in America that is about growth, opportunity for all that comes with both freedom and responsibility. The party that champions personal freedom and civil liberties. And economic opportunity and freedom for all, so how you do in life is not about who you were born to and how wealthy your parents are. But how you did in school and with the quality opportunities you were given there. And how productive and successful you are as an adult.